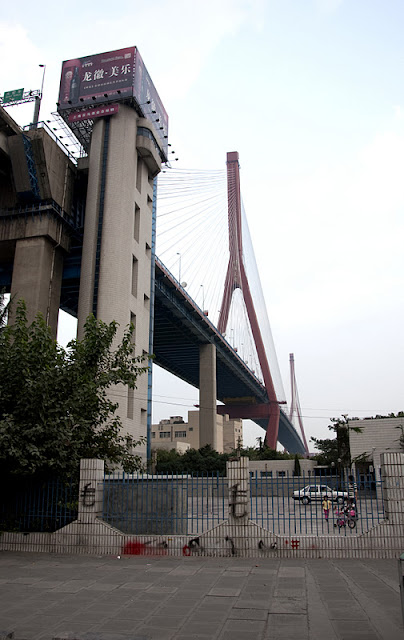 Another look at the Yangpu Bridge. The towers are nicely detailed and include stylized dragon heads at the top. They were painted red for the millennium.
It appears that the superstructure is supported by large steel bearings at the towers. The bearings would have to handle quite a bit of movement due to thermal expansion and contraction of the superstructure.
Until the 1990s, there were no bridges across the Huangpu River in Shanghai (there were two tunnels). Then the Nanpu Bridge was built in 1991 and the Yangpu bridge was built two years later. Several more bridges across the Haungpu have now been built in response to the cities growth and increased prosperity. I wonder if cities build most of their bridges during a single period of economic expansion?