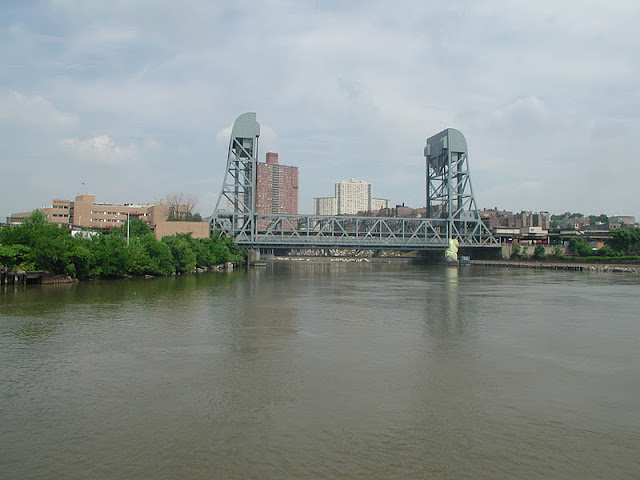 The current lift bridge was opened to subways in 1960, to vehicular traffic in 1962, but it couldn't be raised until 1964. Apparently, the need for tall vessels to navigate the Harlem River isn't very acute. I read that they only allow one bridge to open at a time, and during the summer several of the bridges have difficulty opening due to thermal expansion of the decks. One would need a very compelling reason (and a great deal of patience) to take a ship taller than 24 ft any distance along the river.