After visiting the Higashi-Kobe Bridge we drove east to the Matsubara Interchange on the Yamatogawa Expressway Project. This part of Osaka has become so congested that they are building a ring road to relieve the gridlock (see map below). The Yamatogawa Route is a 9.7 km expressway linking the Hanshin Expressway Route 4 (Wangan Route) and the Matsubara Route 14. It was originally planned to built the Yamatogawa Route as a cut and cover tunnel but because of the many obstacles like railroad tracks, water treatment plants, etc., it was eventually decided to make it a shield tunnel except for the ramp connectors. Also, some culvert-like tunnels are being constructed using an underground launching procedure. 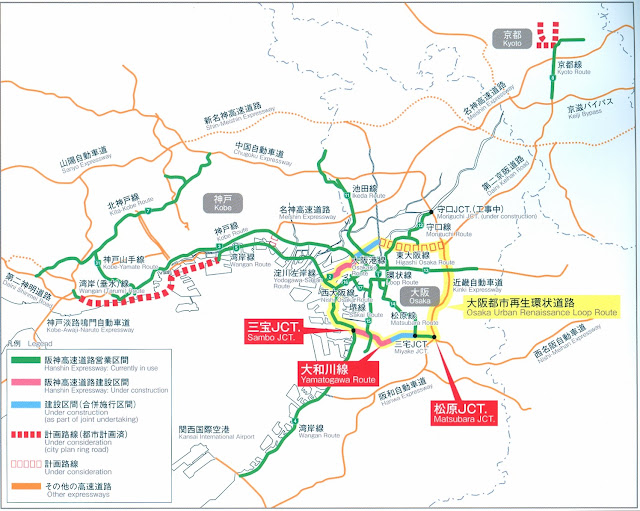 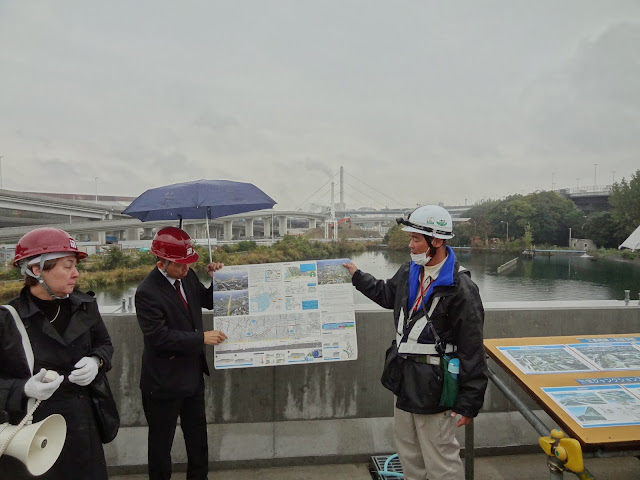 In the photo above we can see part of the interchange as well as the Yamatogawa (Cable-Stayed) Bridge in the background that we studied in 2009. Somehow, there's even room for an incinerator. Note the large catchment basin in the middle of the interchange. They said the basin is going to remain after the interchange is complete, perhaps for drainage. Holding the megaphone is our very patient interpreter, Iva carrying her megaphone. Note that they gave us white gloves and hardhats to wear at every construction site. 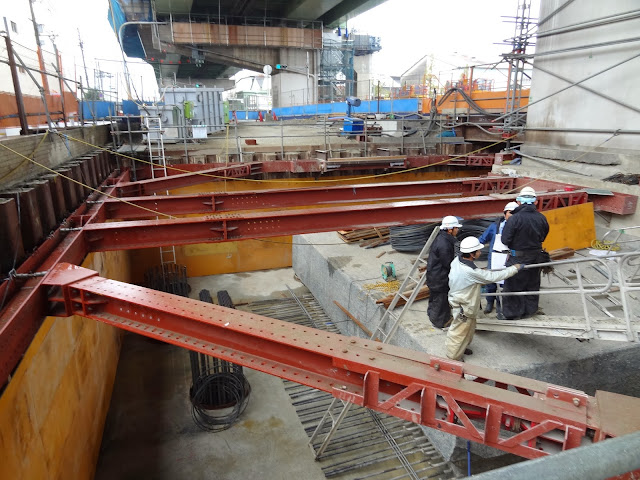