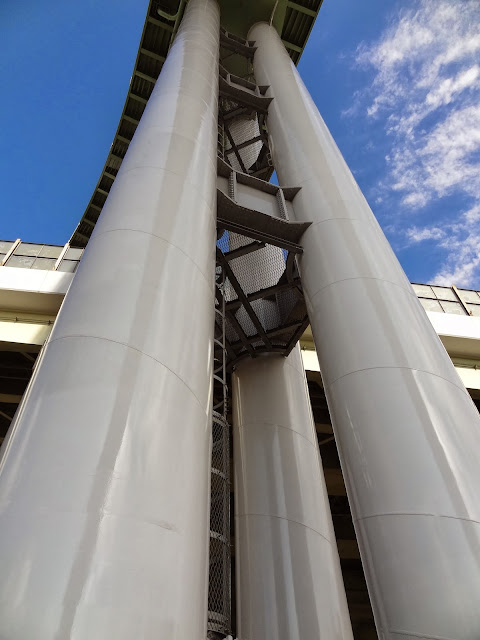 The shear links are supposed to yield before the columns, reducing the column displacement and absorbing energy during the earthquake. However, these pipes are off the shelf with assorted imperfections (see photo above). 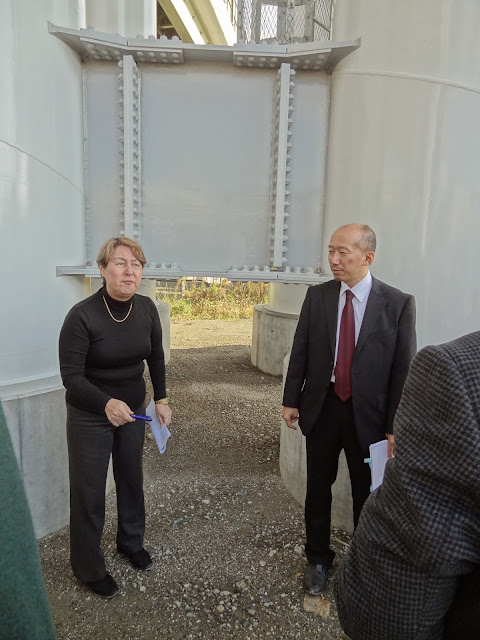 The shear links are composed of end pieces that are permanently attached to the pipes and a center piece that is meant to be damaged and replaced after the earthquake. It's an interesting concept but perhaps with too many parameters that could modify the intended behavior. 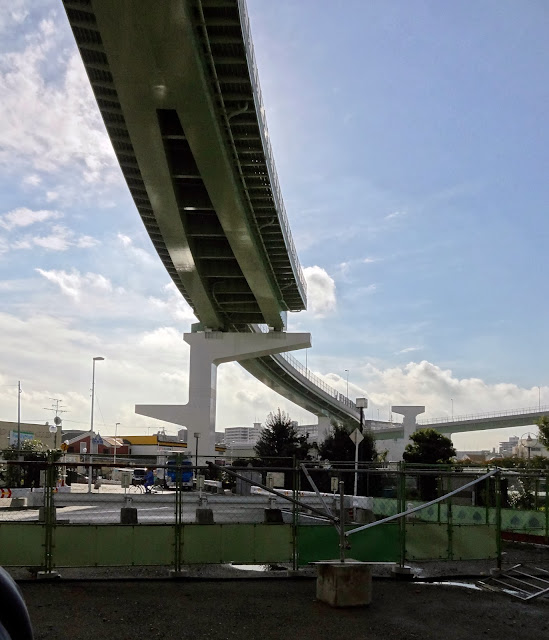 Another interesting thing about this interchange is all the extra bent caps and columns that aren't currently being used. It looks like eventually this interchange will become as complicated as yesterday's Matsubara Junction.