For many years Caltrans Office of Structures Construction held a yearly contest to see who could build the strongest bridge out of a box of toothpicks, a few strips of balsa wood, and a small bottle of Elmer's glue. On the appointed day everyone turned in their bridges, which would be tested by hanging a plastic tub from the midspan supports and slowly filling it with sand. The winning engineer got their name on a plaque.
The rules became more and more difficult as the bridges became stronger and harder to break. The span became longer, the load was applied at two points on the bridge, and the bridge had to include a roadway that could carry a pingpong ball. About ten years ago Structures Construction stopped having the contest. 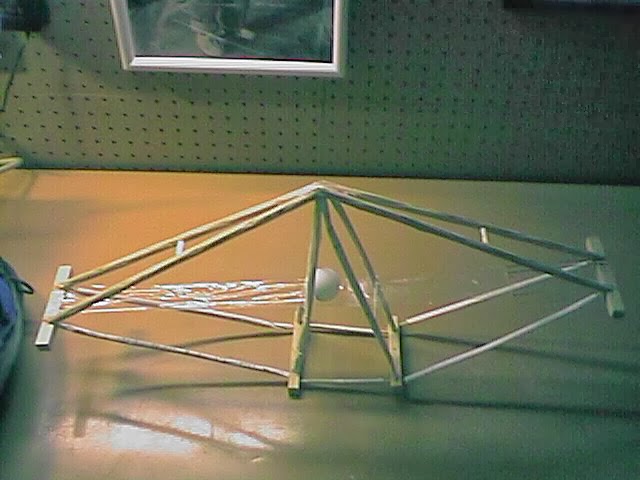 My entries never came close to winning. I always suspected the winning entry used more than the small bottle of glue that was provided. Either a tension member on my bridges would break or a compression member would buckle as the load got higher.