The next morning was the first rainy day of our trip. We drove under the Higashi Kobe Cable-Stayed Bridge to visit the Hanshin Expressway Earthquake Museum. As I've previously mentioned, Japan does a good job of providing a record (and a reminder) of natural disasters. There are four museums related to the Kobe earthquake: a museum on sociological aspects, a museum on building damage, a museum built over the fault on Awaji Island, and this museum that shows bridge damage. 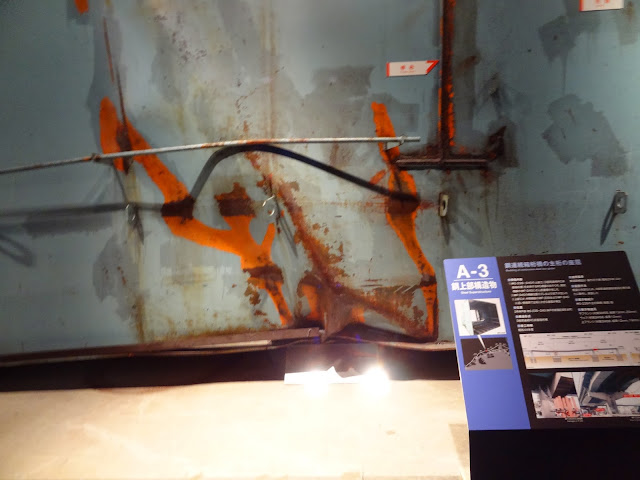 Among the exhibits is a steel box girder superstructure that was damaged when it fell off its bearings. We were able to look inside and see how the stiffeners had buckled. 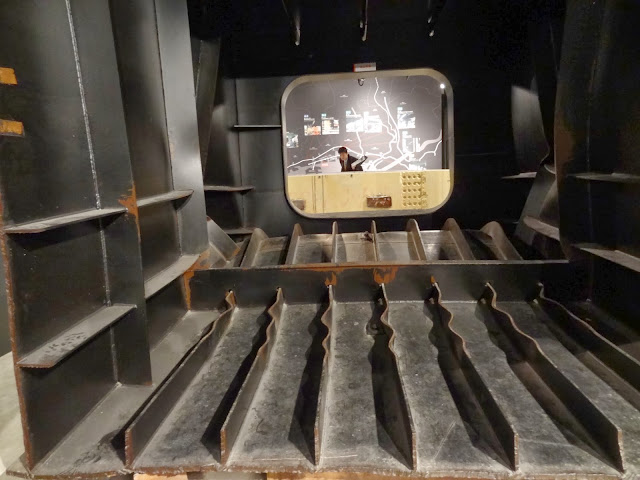 Another specimen shows a steel bridge column that buckled in compression as the column moved to the south and then tore when the column was jerked back to the north. The buckle occurred where the thickness of the steel was reduced at mid-height. 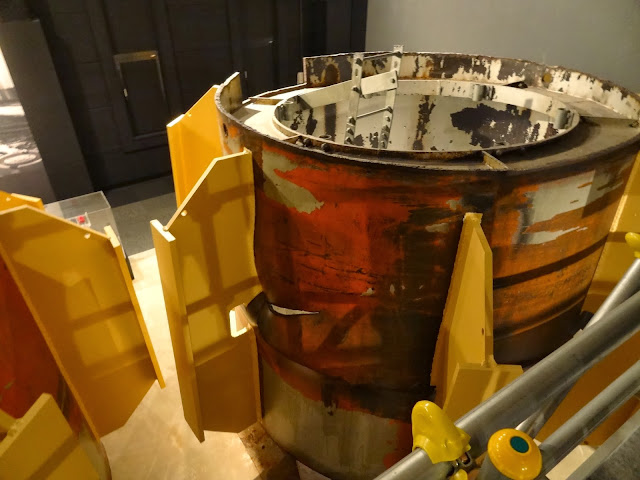 A third exhibit shows a concrete column that was damaged where the longitudinal reinforcement was cut-off at mid-height. Many of the exhibits showed damage where the strength and/or stiffness of a member had been changed. 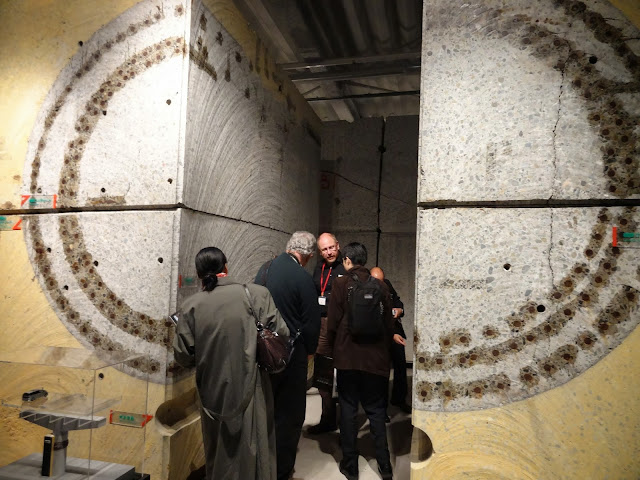