The Mosquito Road Bridge is almost perpendicular to the river. The deck sits on timber floor beams with ramps at each end that go from the floor beams to concrete abutments. The far end (in the photo above) is fixed while the near end has an expansion joint for temperature movement. 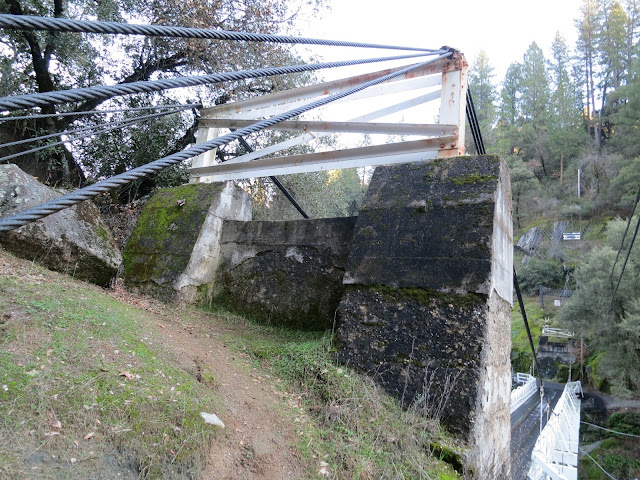 Each suspension cable is actually three cables bundled together with separate anchorages. In the photo above and in a previous photo of the tower we could see that the towers are much older than the bridge and are made from concrete filled with rubble.

El Dorado County, California's Bridges: Mosquito Road Bridge across the South Fork of the American River (4) by Mark Yashinsky is licensed under a Creative Commons Attribution-NonCommercial-ShareAlike 3.0 United States License.
Posted by Mark Yashinsky at 9:00 AM