The next bridge over Weber Creek is southeast of the Forni Road Bridge. It's an old railroad viaduct that was once part of a branch line that extended from Sacramento to Placerville. The line was abandoned and eventually turned into the El Dorado Trail, a 28 mile long bike, foot, and horse path between Shingle Springs in the west to Camino in the east.

It's interesting how little Weber Creek eventually created such a huge valley that needed to be crossed by such a tall viaduct. A railroad bridge needs to be longer and therefore taller than a highway bridge to avoid steep grades, which explain why this viaduct is even taller than the State Route 50 Bridges that we've been studying over the past few days. 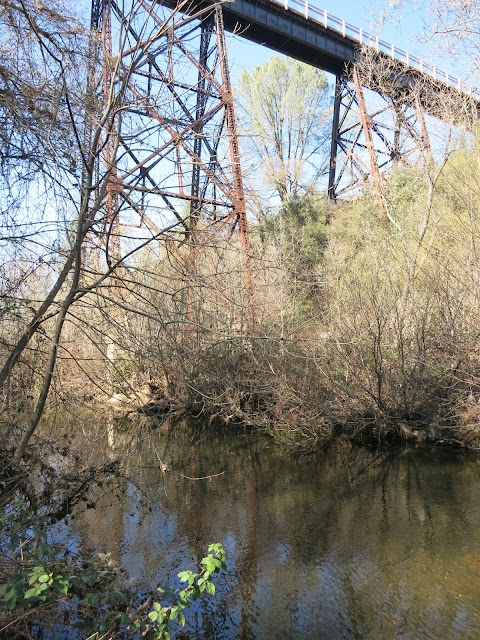 We'll take a closer look at the viaduct and trail tomorrow.