A view of the approach to the Southern Pacific Railway Viaduct which was converted to part of a hiking trail. The Sacramento-Placerville Transportation Corridor (SPTC) Joint Powers Authority purchased the Sacramento-Placerville railroad corridor from the Southern Pacific Railway Corporation in 1991. The 28 mile long segment of the SPTC in El Dorado County extends from Latrobe in the west to Placerville. More information on the trail is available from the SPTC-JPA. 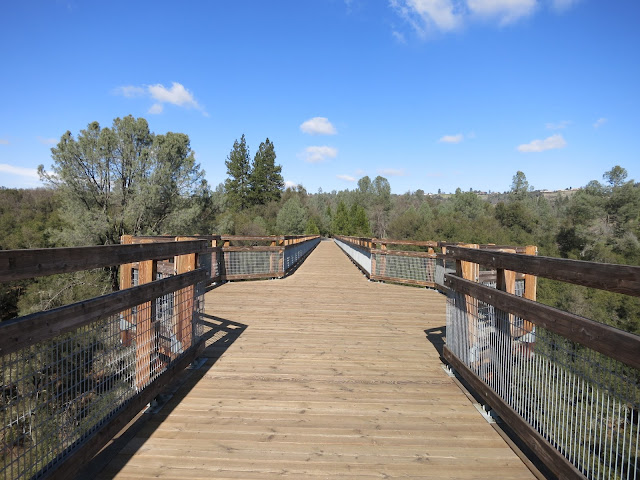 The El Dorado Trail was designated a Millennium Trail by Hillary Clinton in 2000 and there are plans to make it a multi-modal transportation corridor that extends from the western border of El Dorado County all the way to South Lake Tahoe. In 2010, the trestle segment of this trail was awarded the ASCE 2009 History and Heritage Project of the Year. 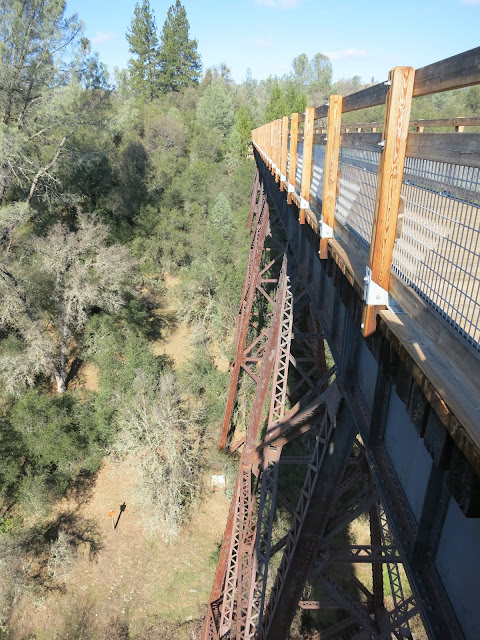