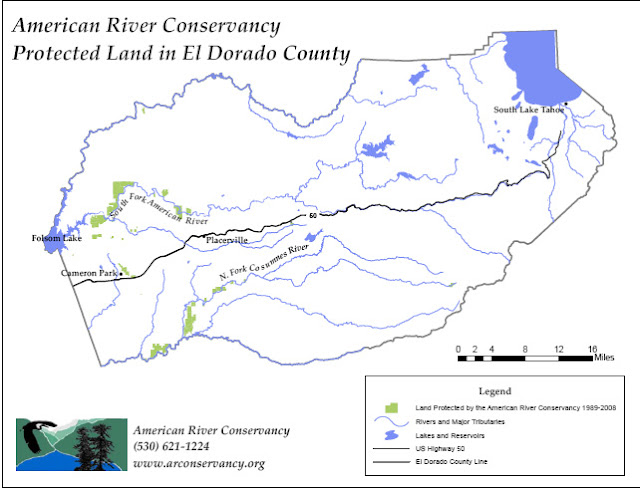 The first Cosumnes River crossing a little east of Sacramento County is the Latrobe Bridge. Latrobe is a major north-south road through the area and also the name of the town near the bridge. In the top photo we can see that the main bridge is a T girder, but on the north side of the river, it changes to a slab bridge with the T girder nicely ending at the end diaphragm/bent cap. It's a local agency bridge (26C0001) on the Amador County line that was built in 1959. 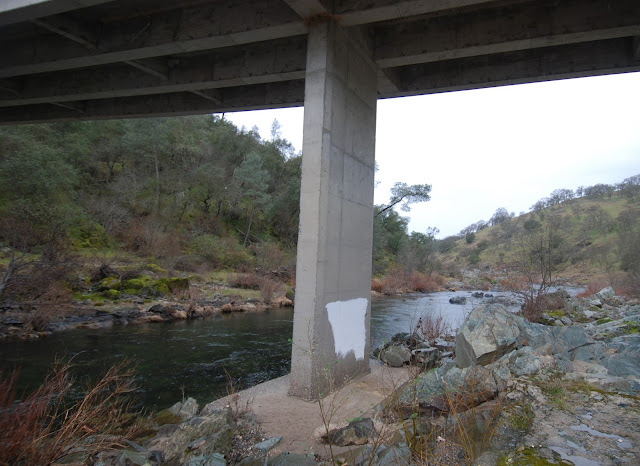 It's a tall bridge over a deep river canyon with lots of big rocks deposited by the river. Note the pile cap is above the water in the photo.

El Dorado County, California Bridges: Latrobe Road across the Cosumnes River by Mark Yashinsky is licensed under a Creative Commons Attribution-NonCommercial-ShareAlike 3.0 United States License.
Posted by Mark Yashinsky at 9:00 AM