Continuing upstream on Weber Creek from State Route 49 to Big Cut Road is this old but still handsome two span T girder bridge (25C0076). The center pier that supports the girders has sharp cutwaters both up and down stream, suggesting that this little creek can sometimes overtop the deck. 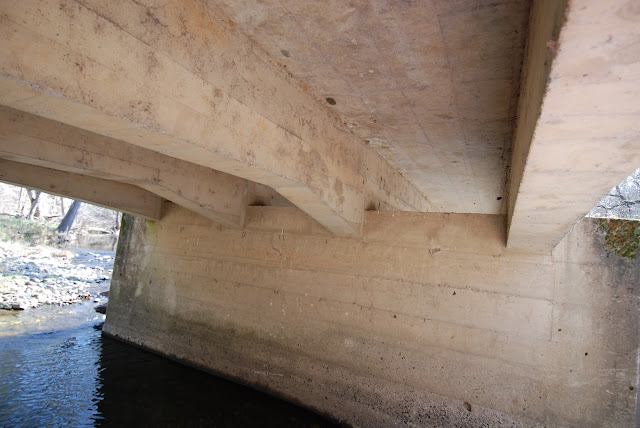 Strangely, the pier wall doesn't extend all the way up to the soffit. Instead, the T beams drop down with fillets that are developed into the pier wall. It's an interesting design and it must work since the bridge has withstood the test of time. 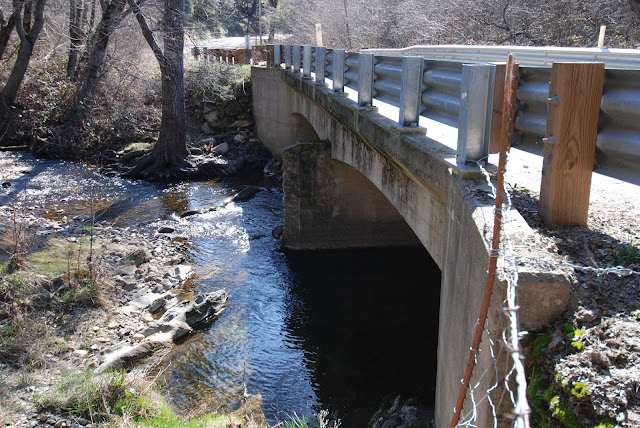 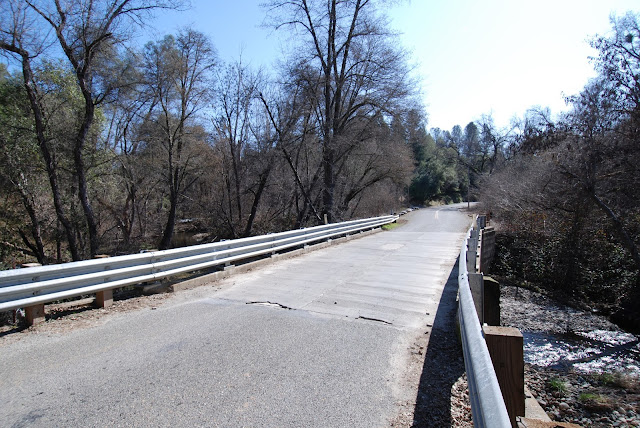 Although the bridge appears in pretty good shape, something is wrong with the deck. The concrete is spalling at the ends of the bridge and there is an odd strip-like pattern suggesting the entire deck is delaminated from the girders. Probably a concrete deck overlay was poured later but the existing surface wasn't raked properly or there's some other problem.
The bridge was built in 1922, which makes it 91 years old and eligible for the Register of Historical Places, although there is no mention in the inspection report of protecting this handsome older bridge. It's two spans are 23 ft long for a total length of 48 feet (including the backwalls).