Over the next few days we are going to study several bridges that cross Weber Creek, a 12 mile long tributary of the South Fork of the American River that runs through Diamond Springs, California.

Today's bridge was the original State Route 50 crossing over Weber Creek, just half a mile west of the previously studied Forni Road Bridge (the yellow pushpin in the Google earth photo below). In 1963, parallel, steel girder, four span bridges on multicolumn bents were built beside it, but they left the original bridge (built in 1938) in place. State Route 50 keeps getting more and more traffic as El Dorado County continues to grow and so new lanes are being built, but so far the original bridge has been preserved. 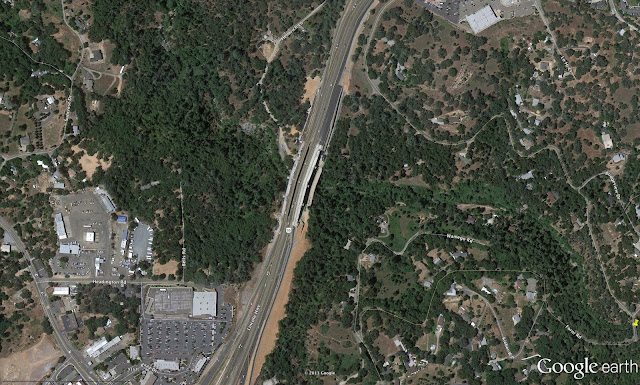 We'll take a closer look at this bridge tomorrow.