Niigata Japan's Bridges: Two Steel Bridges across the U RIver 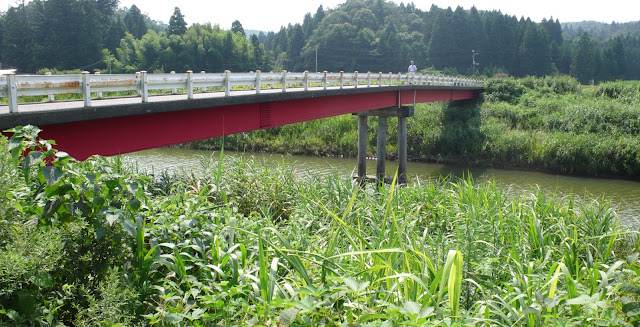 In the photos below, we see that the red bridge has just a single lane while the beige bridge has two lanes, nicer expansion joints, and the familiar concrete pedestal with name plate at the abutments. 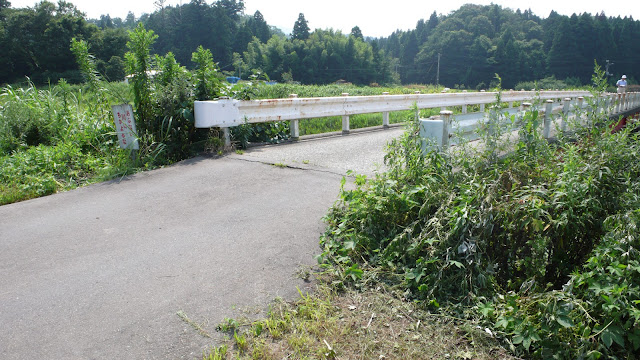 I'm not sure exactly where these two bridges cross the U River. The photos were taken just after the big Hirukiru Bridges and just before the smaller Route 73 bridge so it's likely they are between those bridges. However, there is a tributary of the U River as well as several bridges before and after the Route 73 Bridge. Also, the Google Earth Photo doesn't provide enough detail to identify these bridges. 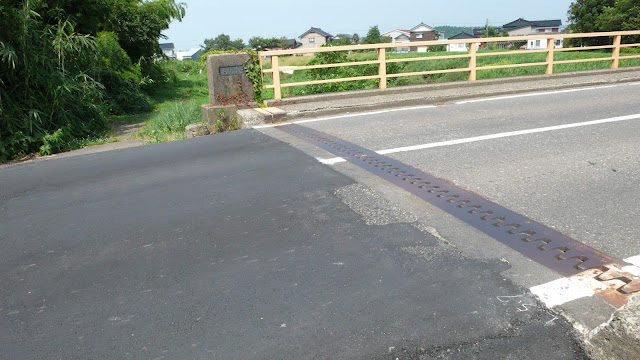 There's a big greenhouse in the Google Earth photo (below) but I don't see it in any of my photos. 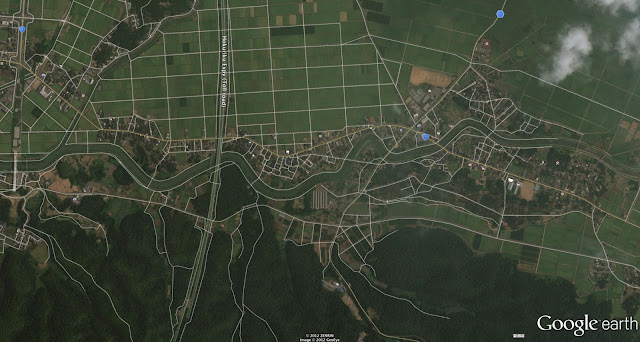 Niigata, Japan's Bridges: Two Steel Girder Bridges across the U River by Mark Yashinsky is licensed under a Creative Commons Attribution-NonCommercial-ShareAlike 3.0 United States License.
Posted by Mark Yashinsky at 9:00 AM