Some more photos of the Kitakana Bridge, which lost several spans during the Tohoku earthquake. New steel girder spans have replaced the lost truss spans at the north end of the bridge. They built the new spans next to the old substructure and so the deck veers to the east to avoid them (as seen on the bus driving up to the site). 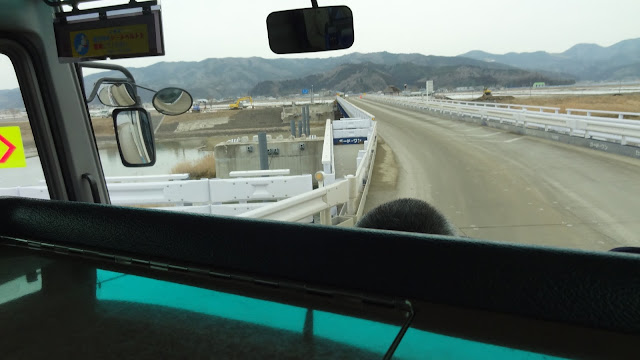 A year later you can still see the old truss spans in the river a few hundred feet upstream. Perhaps in Japan they leave the remnants of past disasters as reminders to the public. 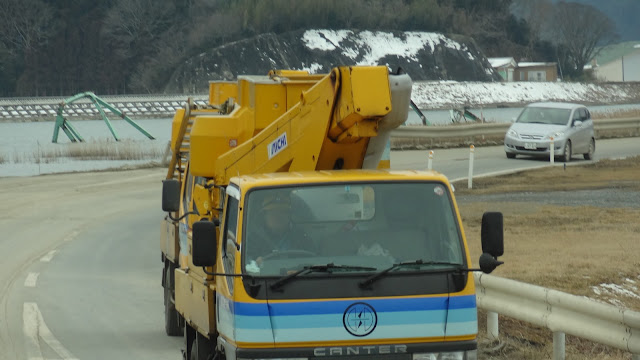