Niigata, Japan's Bridges: Motoschirocho Bridge across the U River (3)

A few last photos of the Motoschirocho Bridge. The U River is wide enough (about 200 ft at this site) to require a pier between its banks. The river doesn't seem to have a lot of traffic though. I was wondering if this bridge might have continuous girders but the Google Earth photo shows expansion joints for simple spans. I don't know why, but the photo quality of Niigata Prefecture in Google Earth is kind of crummy. Too small to be of interest? Tokyo Prefecture is much more detailed. 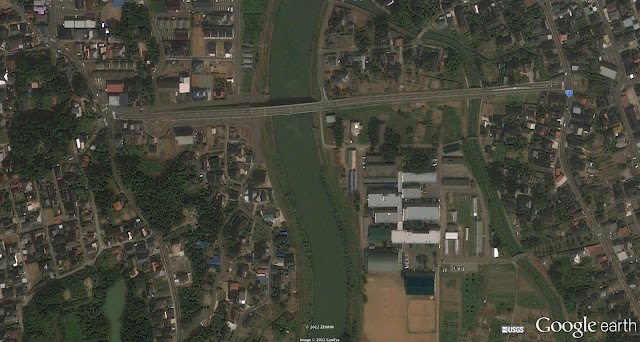 The bridge is four spans so it not only crosses the river but it crosses over the frontage road on the west side of the river.  I only counted four girders in yesterday's photos but for some reason I count six girders today. Also not as much cross-bracing on the western span (away from the river). 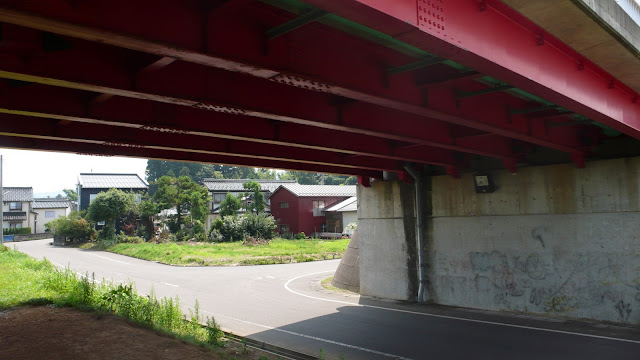 Not only are there utility bridges on both sides of this bridge, but it's also carrying some kind of pipes (natural gas and/or water?). 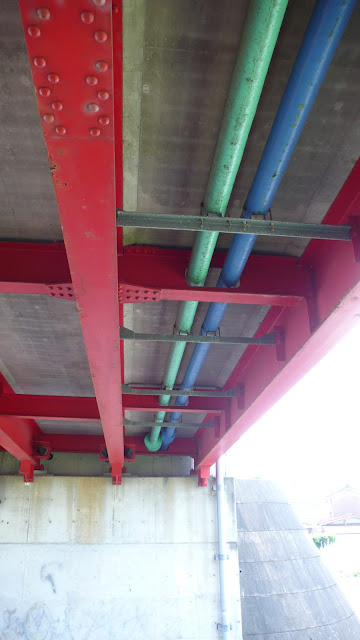 Niigata, Japan's Bridges: Motoschirocho Bridge across the U River (3) by Mark Yashinsky is licensed under a Creative Commons Attribution-NonCommercial-ShareAlike 3.0 United States License.
Posted by Mark Yashinsky at 9:00 AM