The next bridge has ramps along the canal that carry people up and over the Onagi Canal. The bridge is 120.7 meters long, and varies (2.4 to 4 meters) in width. It was built in 2008 and it was named in a contest by the local school children based on the long history of this canal in bringing salt from Chiba to Edo (there's a nearby bridge called Sand Island for similar reasons). Both bridges are part of evacuation routes for the school children during disasters. The bridge is supported on single column bents. One ramp stretches out a long distance while the other snakes back and forth as it gains in elevation. 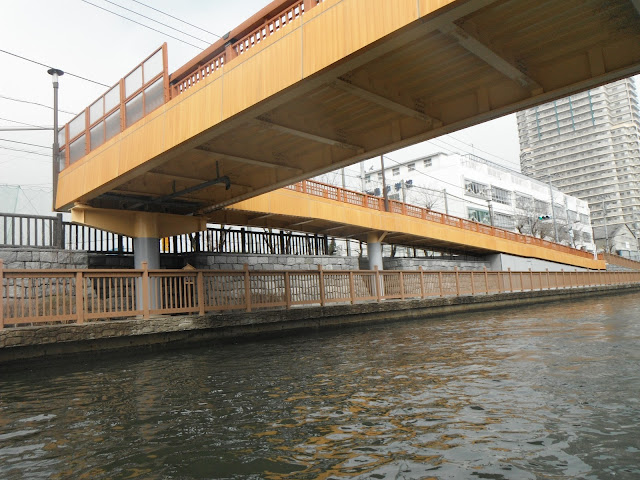 Tokyo, Japan's Bridges: Salt Road Bridge across the Onagi Gawa by Mark Yashinsky is licensed under a Creative Commons Attribution-NonCommercial-ShareAlike 3.0 United States License.
Posted by Mark Yashinsky at 9:00 AM