The Rokko Bridge lost two piers and three spans during the Tohoku Earthquake. Apparently the pipe piles weren't driven deep enough through the liquefiable soil. The bridge crosses a very long lake and so we had an hour’s drive to look at both approaches. There is a new bridge being built across the lake, but for now there is a long detour for people using Route 354.


A driver was going across the bridge and drowned when he drove off the bridge. He must have come from the north because the south approach had over a meter of settlement. The photo below shows details of the damage to the end diaphragm and bearings as the spans in the center of the lake were dragged away during the earthquake. 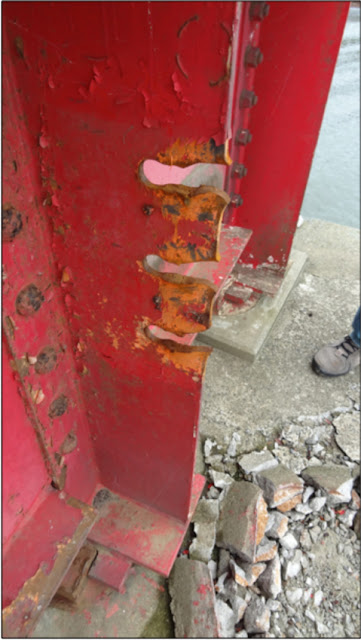