About a mile downstream from the double-deck Metropolitan Expressway Bridge is a cluster of four bridges across the Arakawa. The first one is the 1750 ft long by 56 ft wide Yotsugi Bridge, built in 1952.

The Bridge carries Route 6 from Sumida Ward on the west bank to Katsushika Ward on the west bank. On the upper left corner of the Google Earth photo below is the Sumida RIver and at the lower right corner is the Nakagawa River, which eventually joins the Arakawa as it flows into Tokyo Bay. 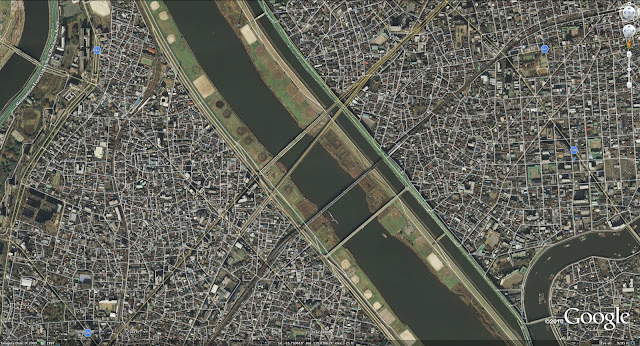 Like most of the bridges over the Arakawa, this bridge is a series of simple spans with a longer span over the middle of the river. Note the little bit of graffiti on the concrete piers, which is unusual for the generally law abiding Japanese and their pristine bridges. 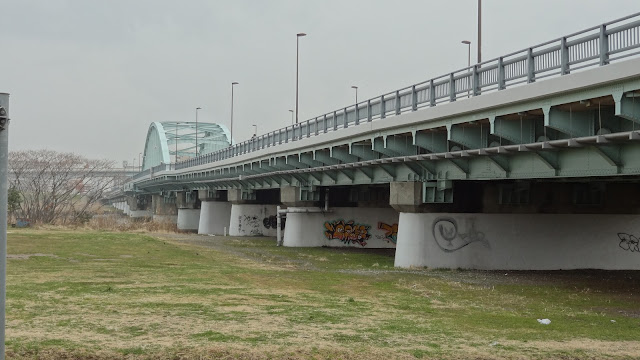 Tokyo, Japan's Bridges: Yotsugi Bridge across the Arakawa by Mark Yashinsky is licensed under a Creative Commons Attribution-NonCommercial-ShareAlike 3.0 United States License.
Posted by Mark Yashinsky at 9:00 AM