Continuing downstream we come to the Nakagawa Bridge carrying the Tokyo Metro Tozai Subway Line. The owner is the Teito Rapid Transit Authority. It is a 1236 m (4060 ft) Warren Truss on concrete hammerhead piers. Its just upstream of a big cable-stayed highway bridge. 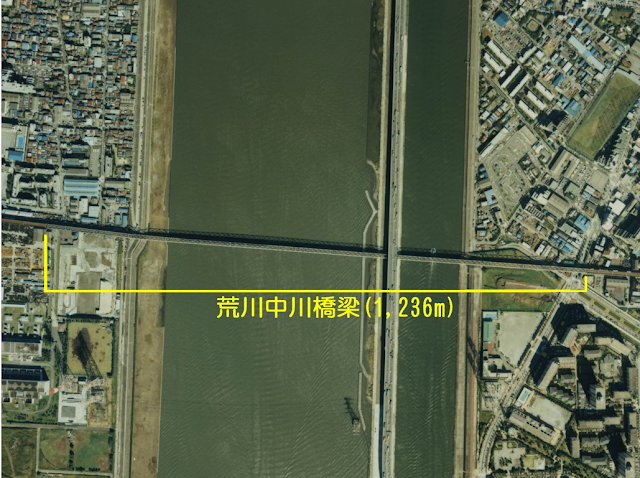 The bridge is long because it crosses near the river's mouth which may have once been wider (it was built in 1981). It was also built on very poor soil and so the pier foundations were driven 72 m (240 ft) below ground, which was a world record at that time. 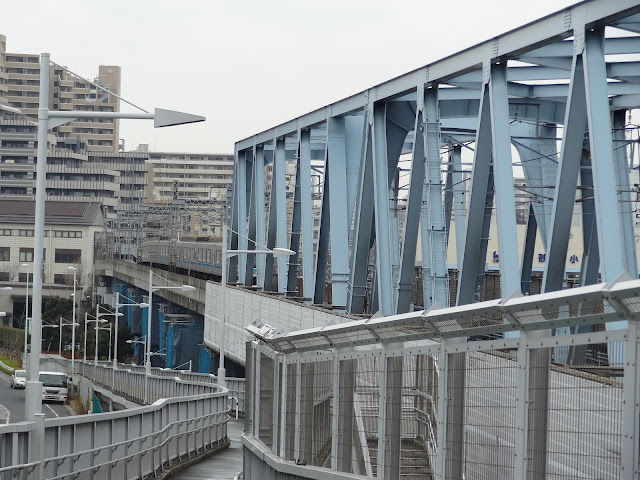 Looking back towards the west (towards Koto Ward) we can see the west approach to the bridge next to stairs that carry pedestrians onto the cable-stayed bridge that we will study tomorrow.

Tokyo, Japan's Bridges: Nakagawa Subway Bridge across the Arakawa by Mark Yashinsky is licensed under a Creative Commons Attribution-NonCommercial-ShareAlike 3.0 United States License.
Posted by Mark Yashinsky at 9:00 AM