We are nearing the mouth of the Arakawa and so to delay the inevitable, I'll provide a few more views of the Kiyosuna Bridge.

Having just a single row of cables makes life a lot easier. You just have to make the floor beams strong enough to support the deck from the center. As the bridge gets wider, there's no choice but to have two rows of cables, which means two tower legs or a deck big enough to avoid the outside cables. 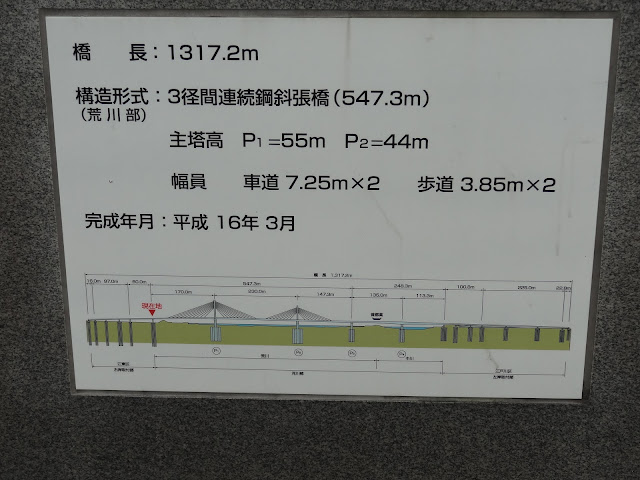 Bridges of any consequence have a ceramic plate embedded in the tower, pier, or railing with all the pertinent facts. In Japan, the date is from the succession of the emperor who was alive at the time. Akihito took over when his father died in 1989 which means this bridge was built in the year 16. 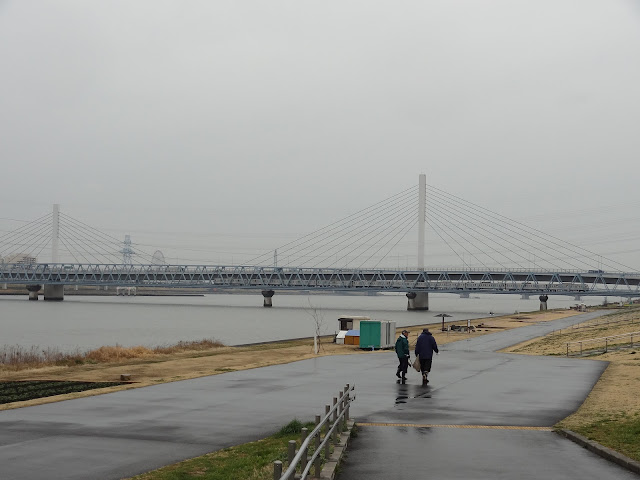 Despite city rivers (like the Arakawa) taking up valuable real estate and causing considerable expense in bridges, they do provide a pleasant environment for a walk, a run, or a bike ride. The wide Arakawa River Basin, which is really a big flood control channel, has created an enormous park through the middle of Tokyo. 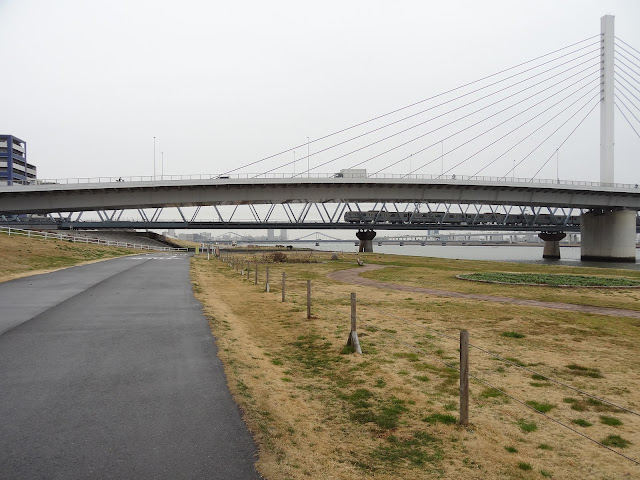 Tokyo and Chiba Prefectures are part of a huge megapolis that requires hundreds of bridges to carry people (and freight) across the many rivers that flow through this region. We have traversed down the Tamagawa in the west, up the Sumidagawa in downtown Tokyo, and now we've almost completed our trip down the southern portion of the Arakawa.

Tokyo, Japan's Bridges: Kiyosuna Ohashi across the Arakawa (2) by Mark Yashinsky is licensed under a Creative Commons Attribution-NonCommercial-ShareAlike 3.0 United States License.
Posted by Mark Yashinsky at 8:30 AM