We're near the mouth of the Arakawa and the last five bridges are particularly interesting. The Kasaibashi is a kind of suspension bridge with steel boxes instead of cables that go over pinned towers and join the deck close to the inflection points of the center span. A drop-in span is in the middle of the center span, so the bridge acts like two cantilever structures.

The bridge was built in 1963 and looks a little the worse for wear (it looks like the approach has settled). It is 280 m (920 ft) long with a 142 m (466 ft) long center span. There's a long approach structure on the east end of the bridge. The Kaisaibashi carries Tokyo Routes 10 and 475 over the river on four traffic lanes and sidewalks. It's the third bridge that was built at this site. 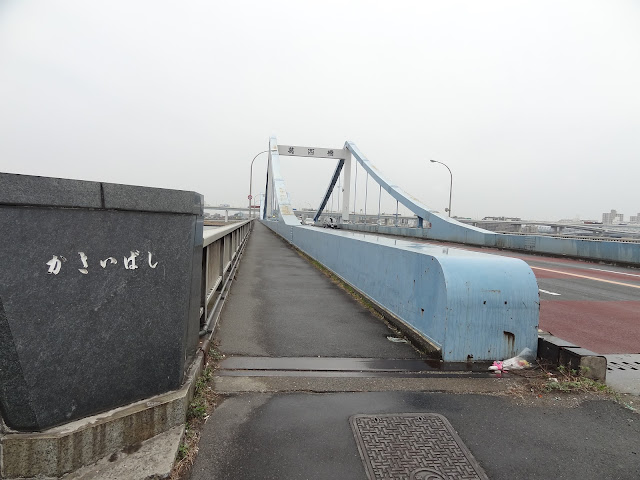