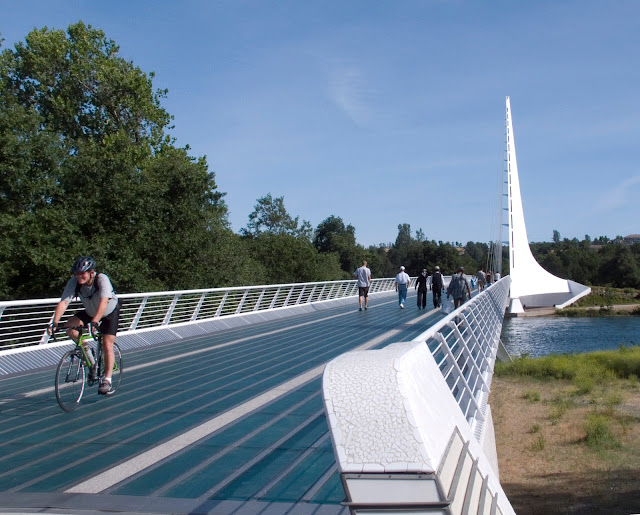 The completed Sundial Bridge is very pretty, due to the perseverance of the investors, engineers, fabricators, builders, as well as due to Calatrava's design. It's hard to take an ugly photo of the bridge. This is largely because all the details and transitions have been carefully thought out.

Are all Calatrava's bridges white? It's a nice color for them since it accentuates the clean lines of the structure. Note how the end of the barrier rail has a crackle glaze, which is most often seen on Asian pottery. The tower supports have the same crackle texture.

The thin trapezoidal slots in the tower are repeated in the lights at the ends of the rails as well as in the metal railings. I like how the metal rails project outward from the deck before coming back in.

I wonder what it's like riding a bike on the glass surface? I don't like riding my bike on the metal grating of movable bridges, especially when it's wet. I imagine wet glass is even worse!