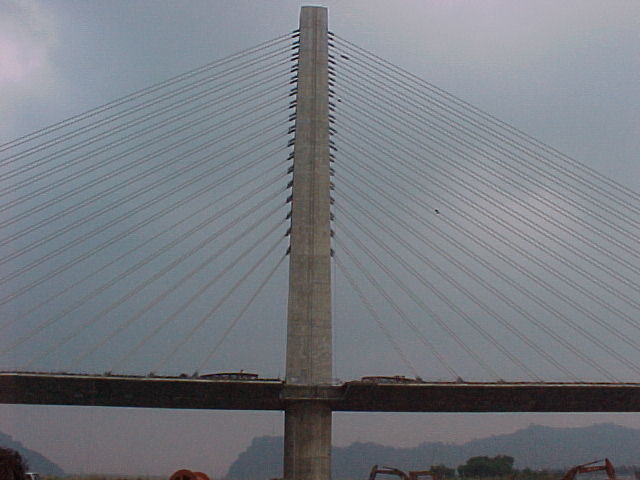 Cable-stayed bridges require careful design to prevent significant damage during earthquakes. The best design isolates the tower from the superstructure.

The Chi-Lu Bridge was almost completed (just awaiting a closure pour) when the 1999 Chi Chi Taiwan Earthquake occurred. It is a single tower cable-stayed bridge with two, 120 m (400 ft) spans. The bridge was in an especially vulnerable condition and it suffered a great deal of damage during the earthquake. Several cables were damaged and one pulled out of the tower anchorage. The tower was heavily damaged. The ends of the main spans moved back and forth several feet during the earthquake, severely damaging the supports.