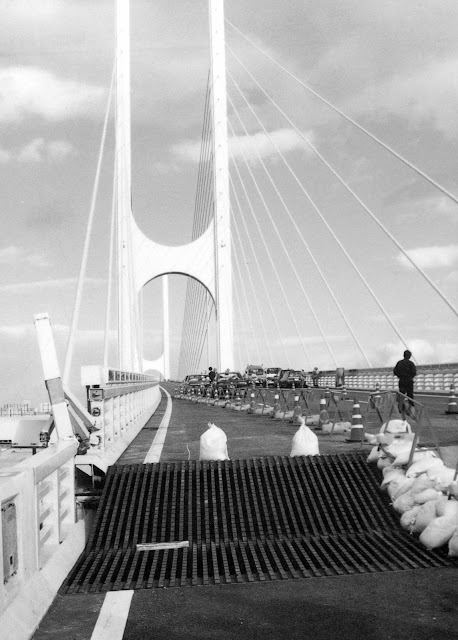 The Hanshin Expressway Corporation underestimated the seismicity of the Kansai Region. Consequently, many of the bridges on the newly-built Wangan Expressway were damaged during the 1995 Kobe Earthquake.

The side spans on the Higashi Kobe Bridge had hold-down devices that broke, allowing the deck to rise about a meter. Most of the other devices that restrained or attached the superstructure to the substructure were also broken. Fortunately, most of the cables and their anchorages were undamaged.

In this three-span cable-stayed bridge, the towers are isolated from the superstructure, which prevented tower damage and allowed the bridge to quickly reopen.