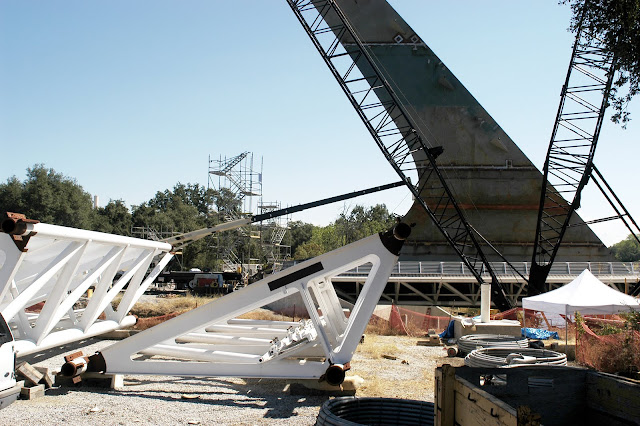 The superstructure that carries foot (and bicycle) traffic on the Sundial Bridge is built from triangular segments with a central spoke, similar to the vertebrae that supports human beings. Calatrava's work is often inspired by the human figure or by human structural elements.