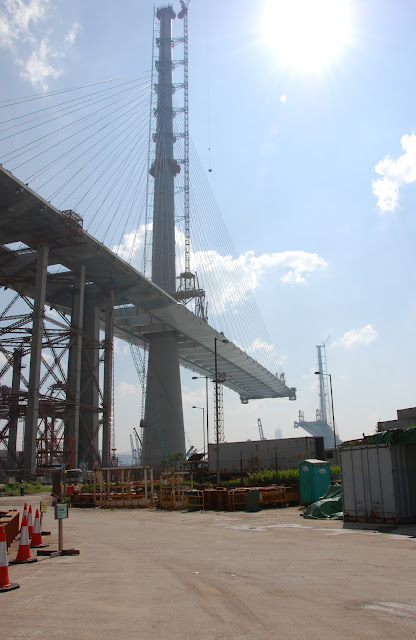 I have often complained about towers on cable-stayed bridges that abruptly change shape above the deck. In this photo we can see that the towers have a narrow cone-like shape going through the superstructure, which is very pleasing.

I wonder why the towers of suspension bridges don't usually have the same problem with the transition above and below the deck? Perhaps its just because they are often older bridges and have stolid two-legged shapes. On a cable-stayed bridge the engineer has to place the tower and the cables so they don't interfere with traffic while supporting the deck. You would think the shape would be the result of structural analysis, but my experience has been that its determined by an architect's vision and the engineers just have to make it work.