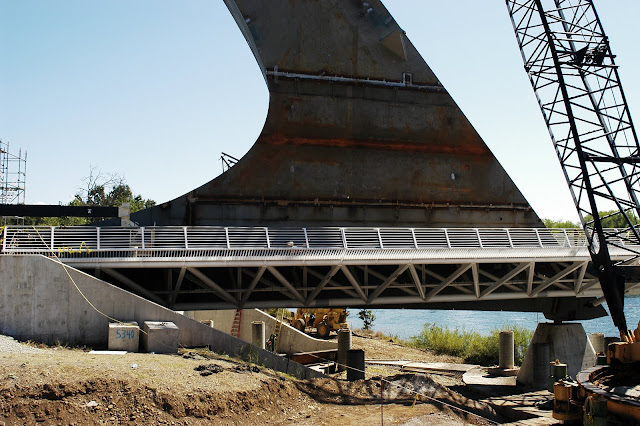 A view under the tower of the Sundial Bridge. Note the concrete pedestals, which were used to jack the tower into place. Afterwards, the tower was painted and the columns were removed.

I was a little surprised that the tower sat on bearings. I imagined a strong earthquake could easily knock it over. Apparently its self-weight provides a sufficient restoring moment to keep it stable for seismic and wind loads.