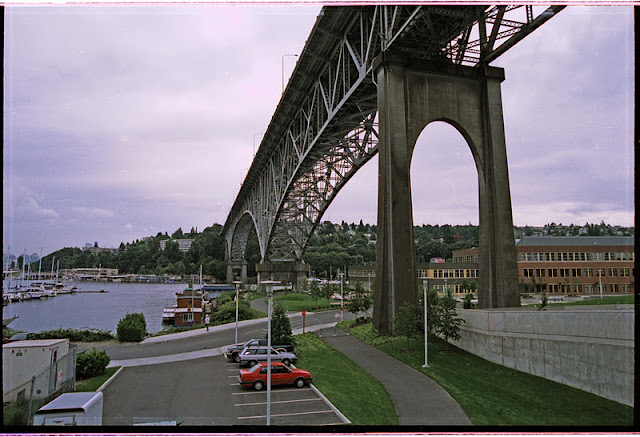 From the last few day's photos, Seattle looks like it has many large bodies of water and many large bridges. At least it looked that way to me during my two visits to Seattle.

I would call the Aurora Bridge a truss arch, although it could also be called a cantilever bridge.  It was completed in 1932 and was the tallest bridge (with 167 ft vertical clearance) in Seattle for many years. It is 2,945 ft long with a 475 ft long arch span and a 70 ft width.  Seattle has a lot of traffic with many commuters and this bridge carries over 71,000 vehicles every day.