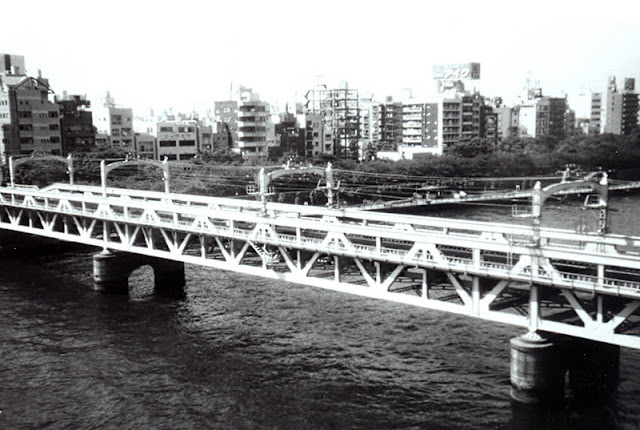 South of the Sakura Bridge is the Kototoi Bridge, a 150 m long,  three span steel girder bridge that was built in 1931.
South of the Kototoi Bridge is the Tobu Railway Bridge over the Sumida River. It is a three-span, continuous steel deck-truss. The Tobu Railway must use electric trains, since there is an overhead wire above the deck. The truss is supported on reinforced concrete two column bents and abutments. The truss is deep and stiff in order to support several locomotives. The bridge was completed in 1931. The Tobu Railroad has the longest privately owned railway line in Japan (114.5 km from Tokyo to Isesaki).