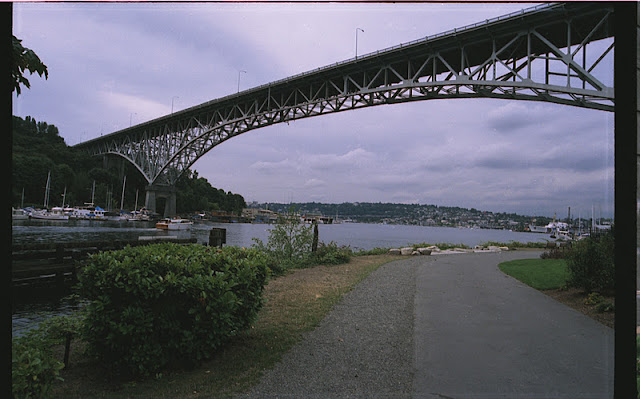 Before the building of the Aurora Bridge, traffic had to wait for the raising and lowering of one of the many bascule bridges that crossed the Lake Washington Ship Canal.  With the construction of the Pacific Highway (State Route 99), pressure mounted to build a bridge that didn't need to be opened and closed for ship traffic. The Aurora Bridge was the city's answer to that problem. It was also the first major highway bridge in Seattle built without streetcar tracks.
The 800 ft long deck arch is composed of two 325 ft long cantilever arms and a 150 ft long dropped-in Warren truss.