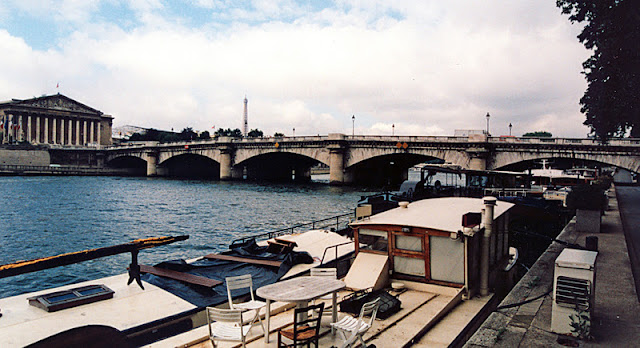 The big events in the life of a river crossing are floods and scour, collisions with river traffic, and fatigue of bridge members. For bridges on the Seine, political events are also important. Wars, battles, revolutions, and less violent changes in governance have had an impact on many of the Seine river crossings. For the Pont de la Concorde, increased traffic demand has also played a big part in it's life.

The Pont de la Concorde was completed in 1791. It was built during the French Revolution with stones taken from the Bastille. Napoleon decorated the bridge with statues of his fallen generals. They were replaced with other statues when the Bourbons returned to power but those statues were eventually moved to Versailles.

Increased traffic demand resulted in the bridge being widened in 1932 with an attempt to preserve its original appearance.