Not every railroad bridge crosses I-80 in one fell swoop. The Newcastle Underpass (19-0103) crosses on four spans supported at the expressway's shoulders and median with three column bents. The bridge was built in 1959, it has a state bridge number, and I read that Caltrans is proposing to improve the vertical clearance under it and eight other I-80 crossings near Newcastle.

It was so foggy at the lower elevations this morning that I could barely see the far side of this bridge. I tried to take a photo from the south approach but I couldn't find a way to get there in the fog. This railway constantly goes in and out of tunnels including one with a nice masonry portal just south of the bridge. However, I was unable to find it driving around Newcastle in the fog.

Like the other Union Pacific crossings, the Newcastle Underpass was originally a timber trestle (see photo below). They must have built I-80 where a natural valley already existed between hills. 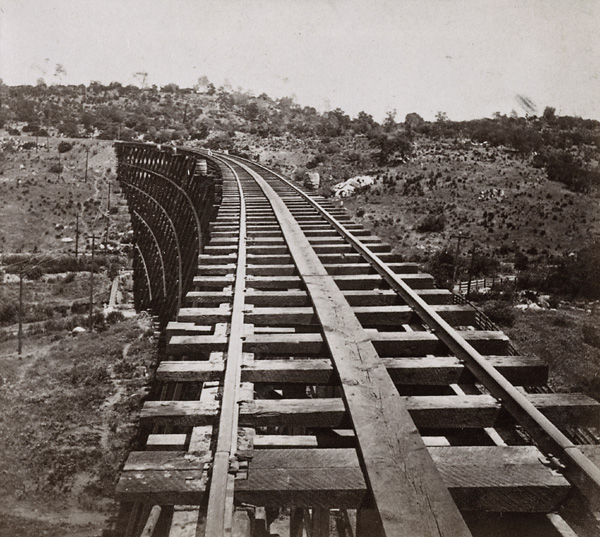 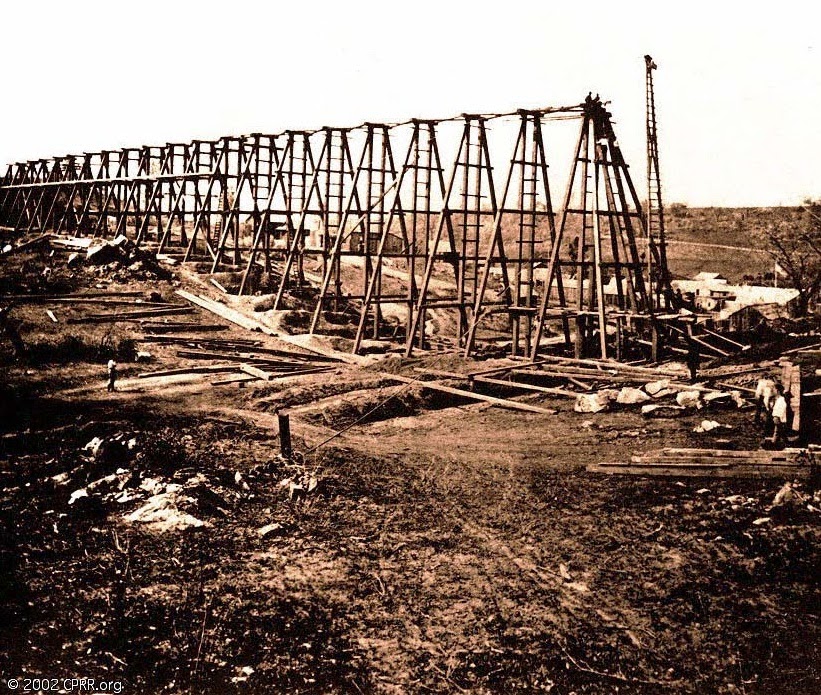 Based on Chris Graves' comment (see below) I have added the photo above (courtesy of the Central Pacific Railroad Photographic History Museum), which (I hope) is of the correct Newcastle Railway Viaduct.