It's always surprising to me that a bridge can seem part of the urban environment from the deck while appearing part of the wilderness from underneath.  Also it's surprising how a site can appear to be untouched by older cultures, but if you look more closely you can find the detritus of thousands of years of human habitation.

In some ways this bridge does look like the older structure. The lacing of the members looks the same (see comparison of new and old bridges below). Also, both bridges are three pinned steel truss arches. 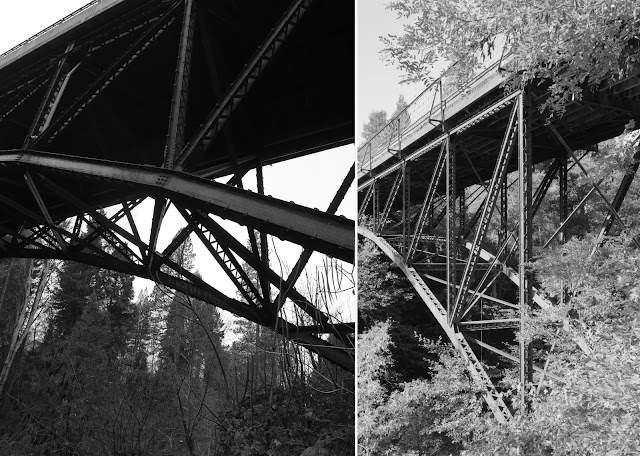 It seems a little depressing that the city was obligated to make a new bridge look like an old bridge. Apparently it's so important for Nevada City to appear old that it is no longer allowed to grow.
In Jerusalem, which is a much older city, the buildings must be constructed of limestone but they can still build new bridges like the ones by Calatrava.