A reliable crossing over Deer Creek was a necessity for the residents of Nevada City (as it had been for the residents of Ustamah, the Maidu village that was at this site before the Gold Rush of 1849). Originally, log bridges at creek level were used but they were washed away by the spring floods. In 1862 Nevada City hired Andrew S. Hallidie (a 25 year-old engineer who went on to build San Francisco's cable car system) to construct a one-lane suspension bridge at Pine Street (see photo below). This raised the bridge surface to a safer level above Deer Creek (photos from the Library of Congress). 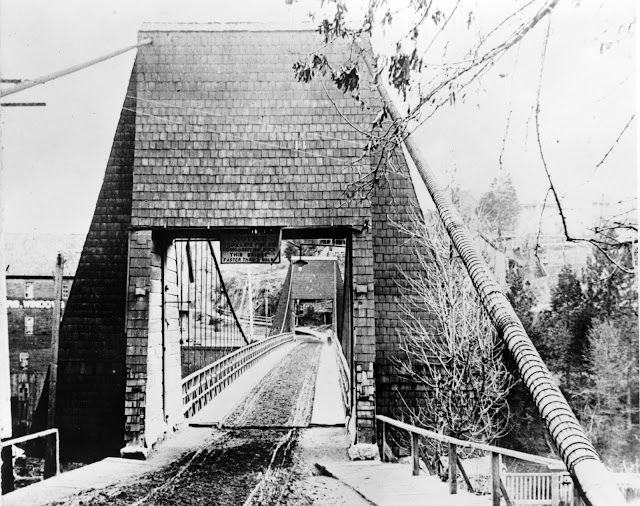 In 1903 after automobiles began to be used, the suspension bridge was replaced by a truss arch bridge designed by the American Bridge Company and built by Clark and Henery, a Stockton, California contracting firm (see photo below). 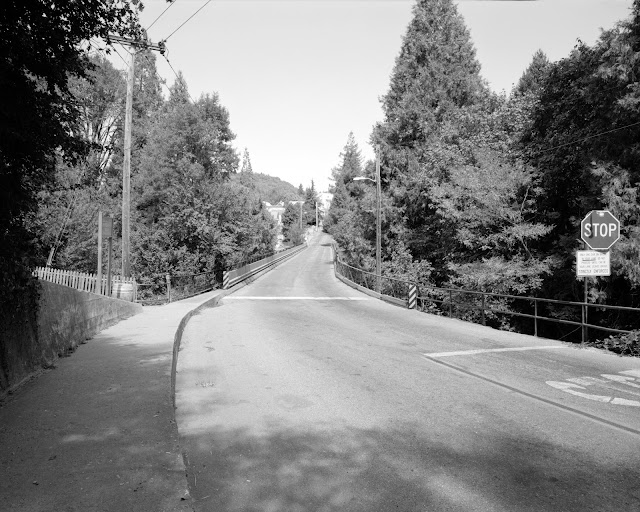 By the 1990s, the arch bridge had deteriorated and it was replaced with a very similar bridge designed by Foster Engineering of Orinda, California and built by West Coast Bridge Inc. of Benicia, California.
So the current Pine Street (Gault) Bridge is a new bridge built to resemble a very old bridge. We'll take a look under the deck tomorrow.