The next big railroad viaduct over I-80 is the Long Ravine Railroad Trestle Bridge just past Colfax. Because trains can't climb steep grades, they cross back and forth over and under the expressway whenever the grade gets too high. This bridge is similar to the Auburn Ravine Viaduct only with deep girders to carry the stringers over the expressway. 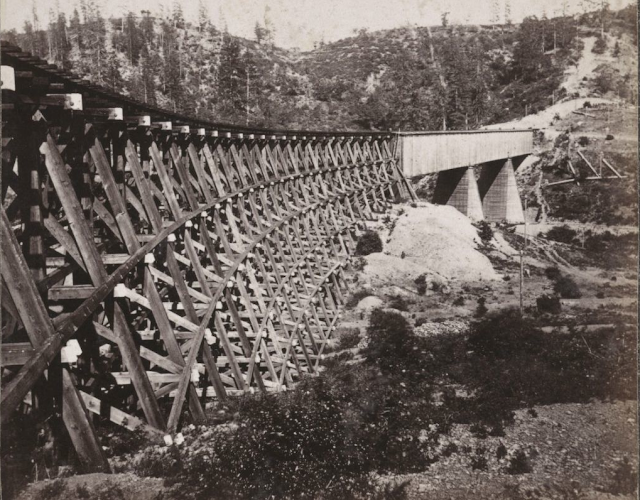 Placer County, California Bridges: Long Ravine RR Trestle across I-80 by Mark Yashinsky is licensed under a Creative Commons Attribution-NonCommercial-ShareAlike 3.0 License.
Posted by Mark Yashinsky at 9:00 AM