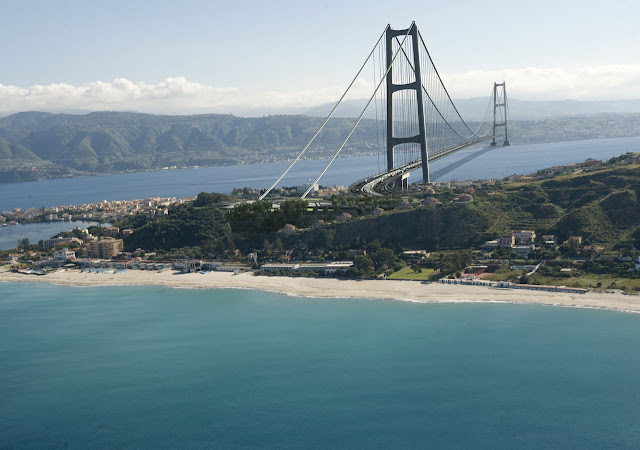 It's often beneficial to connect islands, countries, or even continents together. We've previously studied how Japan connected its four main islands together at the end of the twentieth century. Similarly, Italy would like to connect their mainland across the 3.1 km wide Strait of Messina to the island of Sicily. Projects to bridge the Strait have been proposed throughout history, but the canyon-like bathymetry of Messina would require a main span of 3 km, which is one and a half times greater than the main span of the world's longest bridge (the Akashi-Kaikyo Bridge in Japan). The latest project to bridge the Strait was proposed by Silvio Berlusconi in 2009 before it was abandoned again in 2013.

A more ambitious project would be to cross the 80 km wide Bering Strait between Alaska and Russia. Such a project would present a variety of challenges due to the weather, the politics, the expense, etc. However, the Strait is only about 55 meters deep and has the Diomede Islands to provide a respite between two really long bridges. Currently Russian is proposing to built a $65 billion rail tunnel across the Strait. Such a connection might help warm relations between the US and Russia. 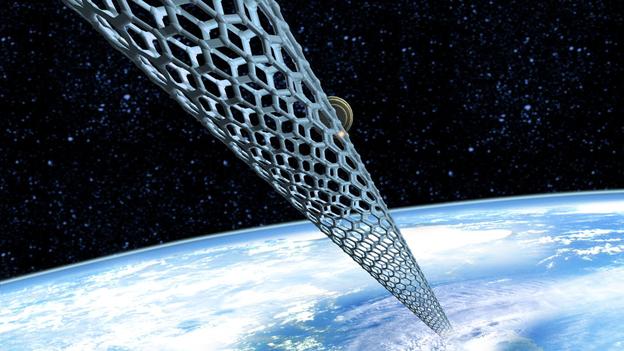 An even more ambitious project is a space bridge from the earth's equator to a synchronously orbiting satellite 36,000 km above the earth. The bridge would be built of lightweight carbon filaments under tension. The lower end would be pulled downward by gravity and the upper end would be pulled upward by centrifugal force. Vehicles could travel up and down the bridge carrying cargo and passengers to and from ships traveling through space.
Posted by Mark Yashinsky at 9:00 PM