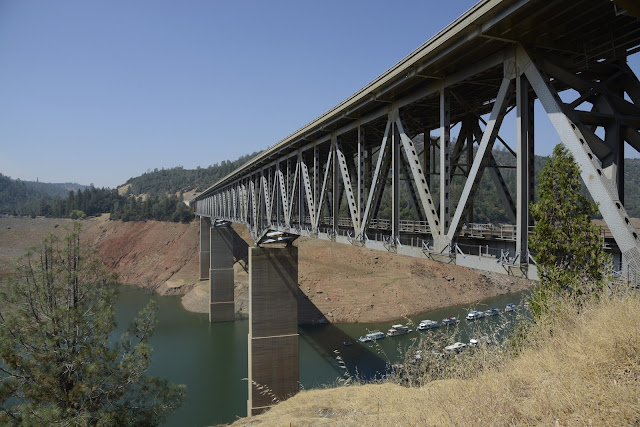 The Sacramento is the largest river in California and the Feather River is its principal tributary. We previously visited bridges on the Feather River in Yuba County. However, the really big bridges are across the branches higher up in the Sierras. 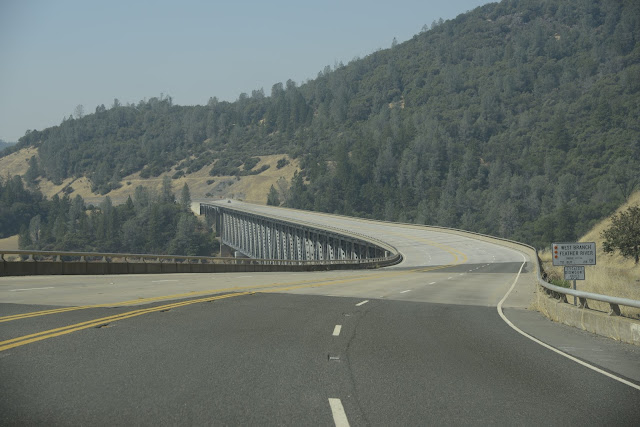 The first bridge we visited is the State Route 70 Bridge across the West Branch of the Feather River (12 0134). It's a double deck truss bridge that carries the highway on the top deck and the Southern Pacific Railroad on the lower deck. 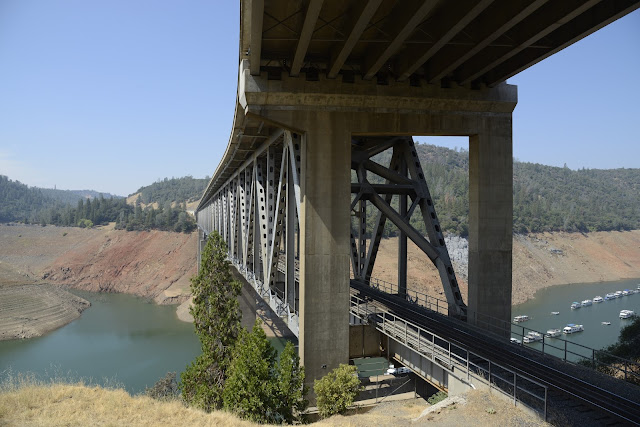 This bridge is composed on four, 576 ft long Warren truss spans for a 2730 ft total length (with the approach spans). The always reliable Eric Sakowski states, "The second highest double decker road and rail bridge in the world after the Pit River Bridge, the West Branch Feather River cantilever bridge is one of 4 high spans that cross Lake Oroville in Northern California. The creation of America’s deepest man-made lake started in the early 1960s when construction began on the Oroville Dam. Completed in 1968, the earth fill structure is the highest in the United States measuring 770 feet (235 meters) from base to crest."
I'll visit bridges across Lake Oroville and across the various branches of the Feather River over the next few weeks.

Butte County, California Bridges: State Route 70 Bridge across the West Branch of the Feather River by Mark Yashinsky is licensed under a Creative Commons Attribution-NonCommercial-NoDerivatives 4.0 International License.
Posted by Mark Yashinsky at 9:00 AM