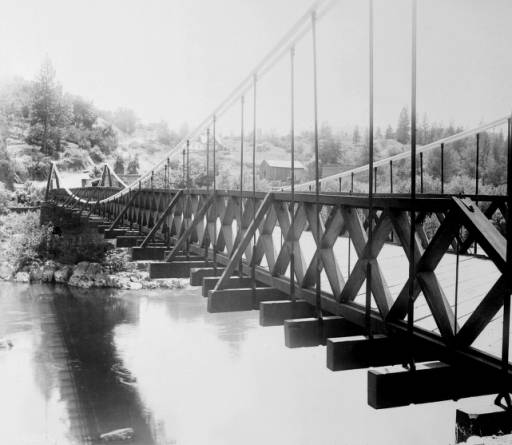 Bidwell Bar was a gold rush town that was founded after John Bidwell discovered gold there in 1848. The town experienced a rapid boom and an equally rapid bust until the bridge was just about all that remained. When the Oroville Dam was built in 1965, the town was submerged and the bridge (along with a historic orange tree and toll building) was moved to its present location (Kelly Ridge Park) in a state boat launch facility about a mile west of its original location. 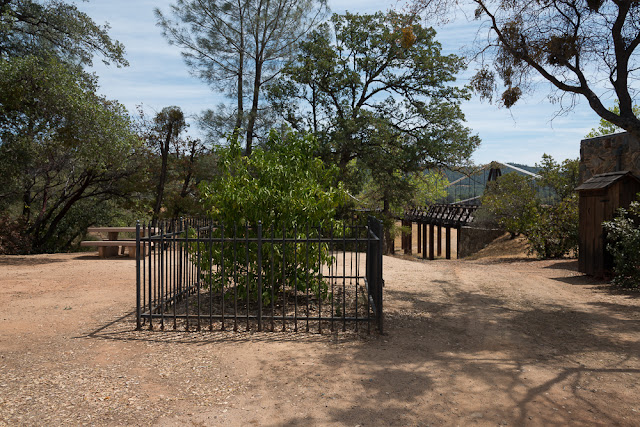 When I drove to the park entrance in August, the ranger told me the bridge was inaccessible because the road had been blocked by fencing surrounding houseboats in dry dock. I was irritated that after all of the trouble to move the bridge the park had closed it to the public. However, the bridge turned out to be readily accessible to anyone willing to hike up a hill (although photos suggest the bridge was less accessible before the drought). Another thing that bothered me is that timber piles now supported the bridge rather than having the suspension cables carry the 240 ft long span. 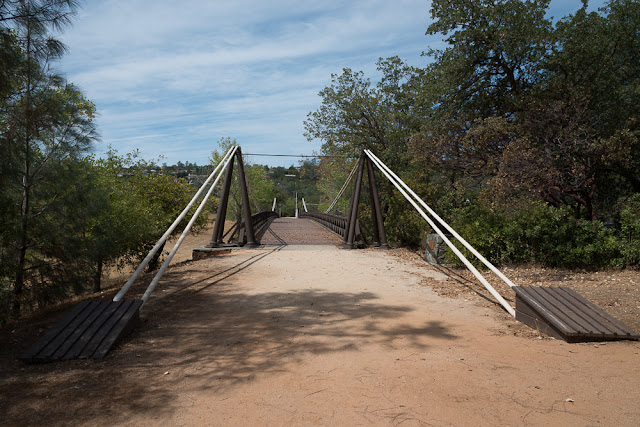 The Bidwell Bar Bridge was fabricated in Troy, New York and shipped around the southern tip of Chile to California. The towers are atop stone abutments and composed of four iron pipes stamped with 'Starbuck's Metal Works of Troy, NY. The pipes at each tower form a pyramid with saddles on the top that support two suspension cables. Regularly spaced hangers support timber floor beams that carry the deck. The bridge is a California Historical Landmark and a Historical Civil Engineering Landmark. 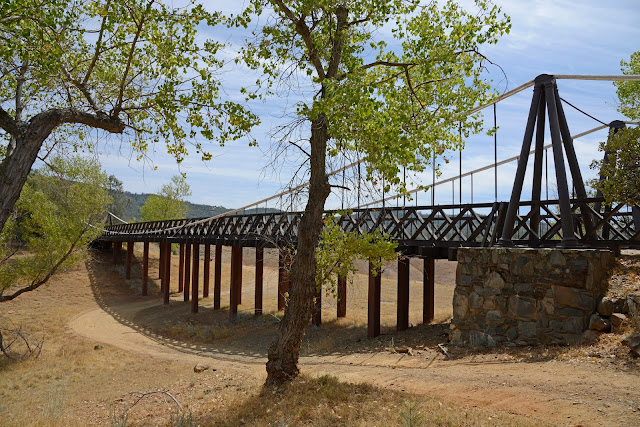