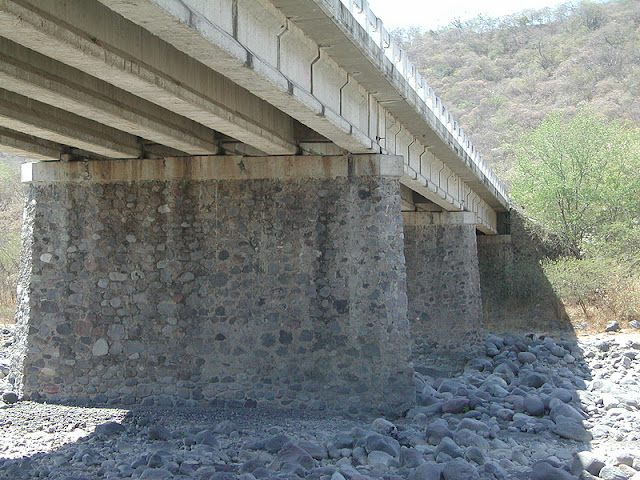 Highway 8 connects the City of Colima to the City of Minatitlan. This road crosses over the ubiquitous Rio Armeria on a four span precast I-girder bridge with stone masonry pier walls and abutments. The deck is supported by five I-girders and has expansion joints at the end of each span, despite being covered in asphalt. Tiny shear keys sit on the inside of the exterior girders. A diaphragm holds the girders together and the little shear keys are meant to prevent the superstructure from moving off the wall during earthquakes. It looks like the girders sit directly on the wall although there might be a thin sill plate between them.