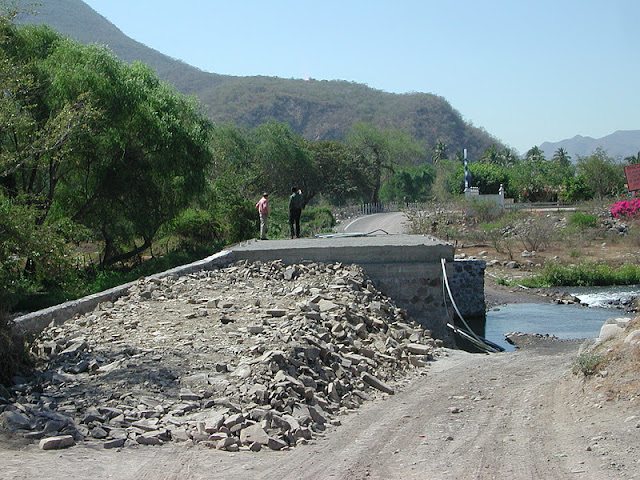 A last look at the little slab bridge built by the City of Coquimatlan. What's most noticeable in this photo is how high the bridge is above the existing roadway. Perhaps the bridge was built so the soffit would be above the hundred year flood. This idea is borne out by the wingwalls on the upstream side of river that protect the roadway from being washed out during floods. It looks like the riverbed was raised along the downstream side of the bridge to allow vehicles to ford the river during construction.

A special concrete crossing that allows people to ford a river (with wet wheels) may have been originally built at this site. We will look at several of these types of crossings when we study the bridges of India.