We last visited this bridge in August 2013 before a meeting with the city to discuss replacing it with a jazzy new bridge (by HNTB) meant to revitalize the downtown area (on a very limited budget). This is one of those projects where the contractor is brought along at the early stages and either becomes a partner or can quit the project. 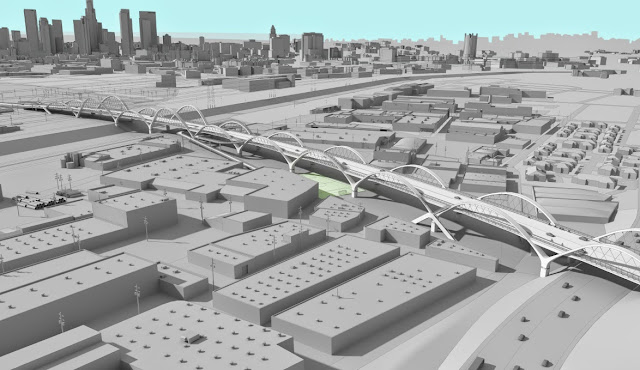 The computer-generated drawing of the bridge shown above is at a later stage of the design with isolation bearings sitting at mid-height on the columns to help it resist strong shaking during earthquakes. At the far right this long viaduct crosses over US-101, and then over a bunch of warehouses before crossing the railway yard and the river.