A quarter mile east of yesterday's bridges is the wide Sepulveda Dam. The dam was built in 1941 in response to frequent floods resulting from the rapid development of the Los Angeles River Basin, which reduced the area of natural ground to drain the runoff. The dam marks the end of the river in its historic and natural banks and a return to its channelization. Short haunched girder bridges can be seen spanning above the dam's spillway. 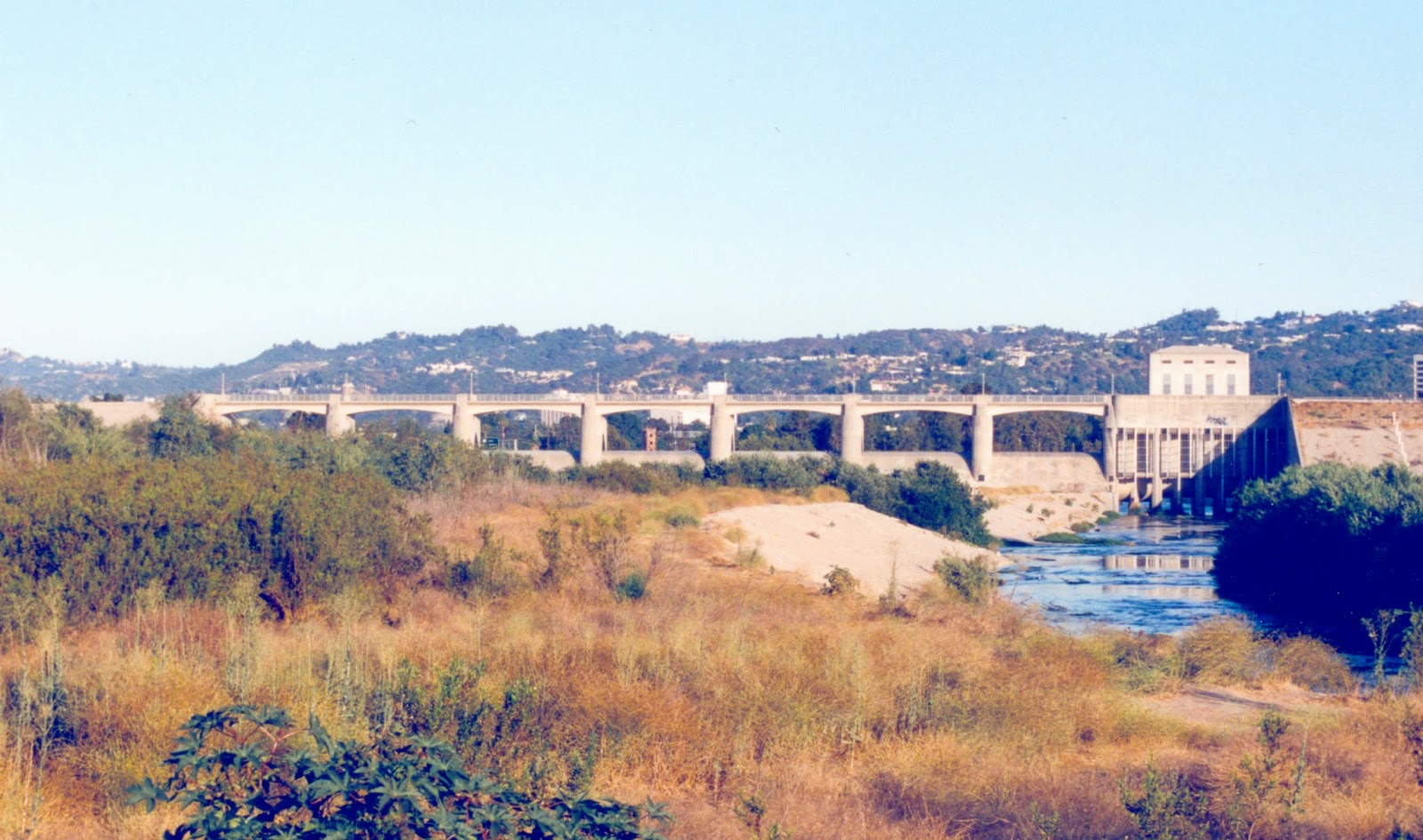 The dam has been featured in many Hollywood movies including Gattaca in 1997 where it was supposed to be a futuristic school due to parabolic shapes. The Santa Monica Mountains can be seen in the distance.