The Arroyo Seco empties into the Los Angeles River just downstream of the Harbour Freeway Bridges. After passing under the bridges we're in downtown Los Angeles.  There are several railway sidings along this part of the river and the long railway viaduct in the foreground carries some of the tracks across the Los Angeles River.  This bridge replaced a three span Baltimore through truss bridge (frequently seen in old photos) in 1994.  In the background is the North Broadway Avenue Bridge (53C0545) that we'll study in more detail tomorrow. 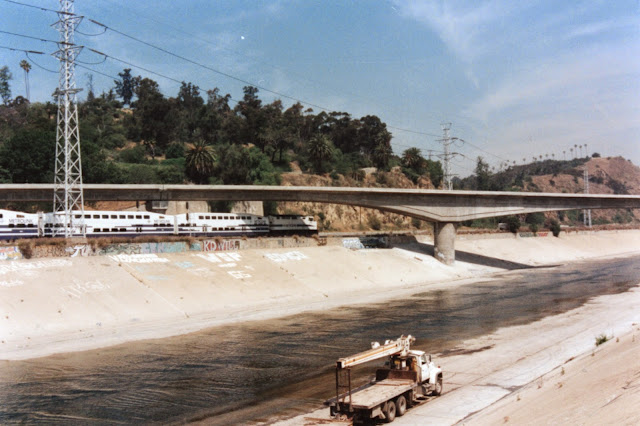 The Atchinson, Topeka, and Santa Fe Railroad (SFRR) owned both the old and the new railroad bridges. The photos above and below provide views looking back upstream at the SFRR Bridge. It's unusual for a railroad to be carried by a reinforced concrete box girder bridge and this bridge is also unusual for its cantilever-like structure over the river. 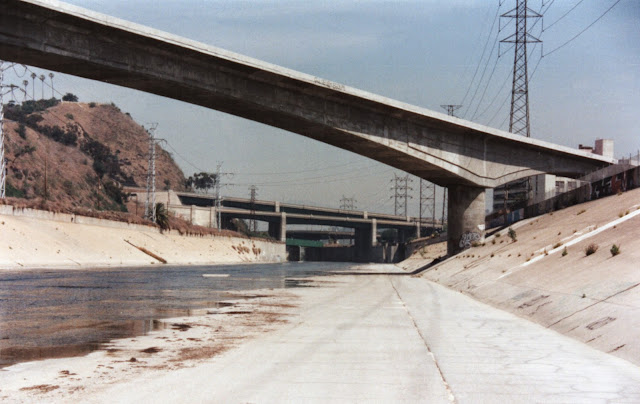