Stanley Lane is an old road that was converted to part of a hiking, running, and biking trail through the Los Carneros American Viticulture Area, where Pinot Noir and Chardonnay are grown.  Three old arch bridges were built at the beginning of the 20th century to carry the road over some small creeks. Stanley Lane Bridge One was built in 1906. It's 36 ft long with a flat 18 ft long arch span. 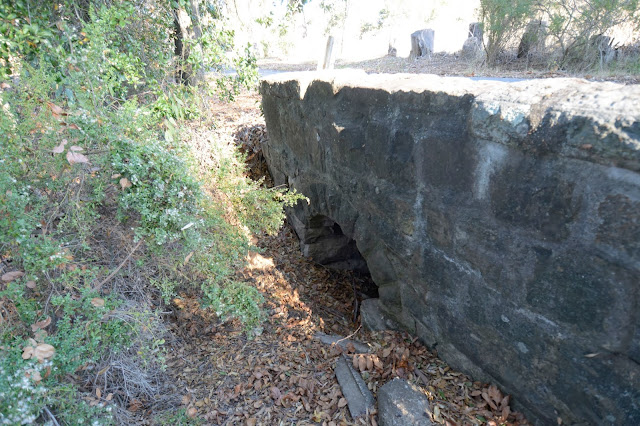 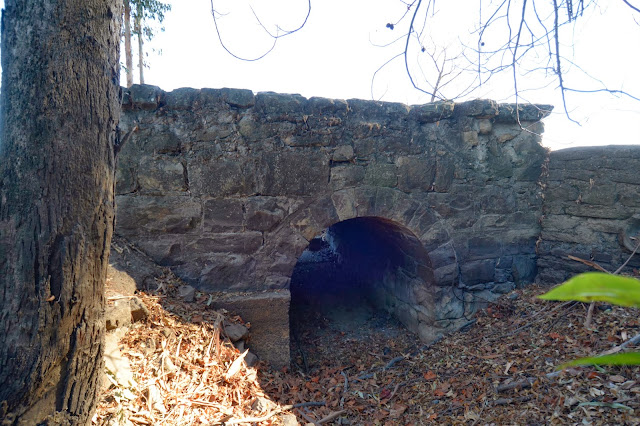 I had to duck my head to walk under each of these examples of the stone mason's art. All three bridges were built around 1906, probably by the same person. These bridges were made with just some concrete and the volcanic rocks lying in piles around the fields. 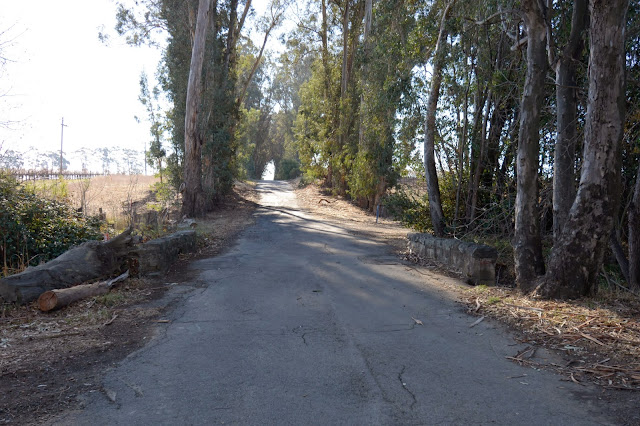