Continuing west on Pope Street is a 60 ft long single span stone arch bridge over Sulphur Springs. The bridge was built in 1908 but widened to 24 ft with an exterior girder on stone abutments in 1950. 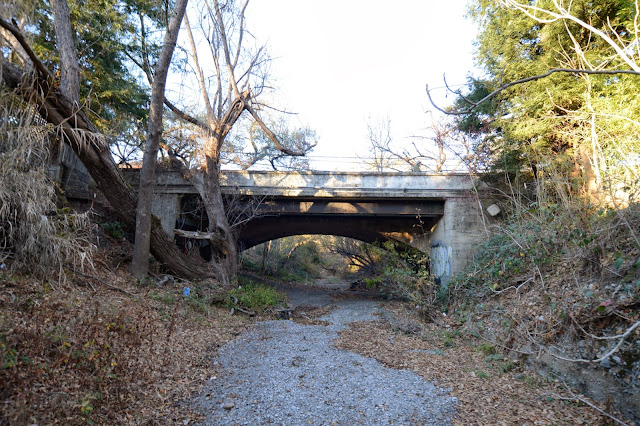 This bridge carries 3000 people a day but has a sufficiency rating of only 25. Unlike the Zinfandel Lane Bridge, this bridge has poor bank protection, which has been deteriorated from previous floods. 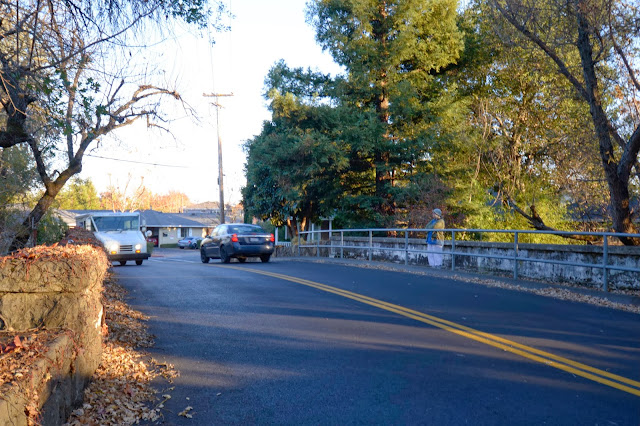 As a local resident of some decades I found this a bit misleading and imprecise. There is mention of the Pope Street Bridge, but the appendage of "across Sulphur Creek" begins the confusion: you seem to be discussing two different bridges on Pope Street, I believe. At first glance, and without spending much time verifying my impression, I'm thinking the first two pix are indeed of the Pope Street Bridge, while the third is not.
THE Pope Street Bridge is virtually ALWAYS referring to the old structure over the Napa River, where it provides connection to the Silverado Trail, which kisses the river at that old bridge (which was worked on originally by someone in my wife's family tree).
The other bridge, across White Suphur Springs Creek, is situated about a half mile west (on Pope) where Allison Avenue (formerly known as Bridge Street) intersects Pope.
The former is the location of a river depth/flow gauge whose data is available online, while the latter is the approximate location of a rain gauge likewise accessible.