Continuing around the bend of the Napa River we came to a through girder railroad bridge. Railroad bridges are commonly made with structural steel and so it was interesting to see one made out of concrete. It's a three span bridge on pier walls and seat-type abutments. It appears that the designer created a decorative treatment on the girders from the plywood sheets and she-bolts of the formwork. 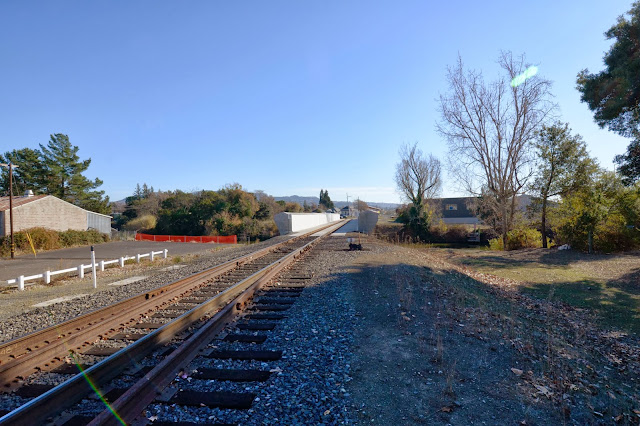 The photo above shows the unusual shape of the stubby girders and also the single set of railroad tracks (beginning to split into two sets of tracks) just north of the bridge. 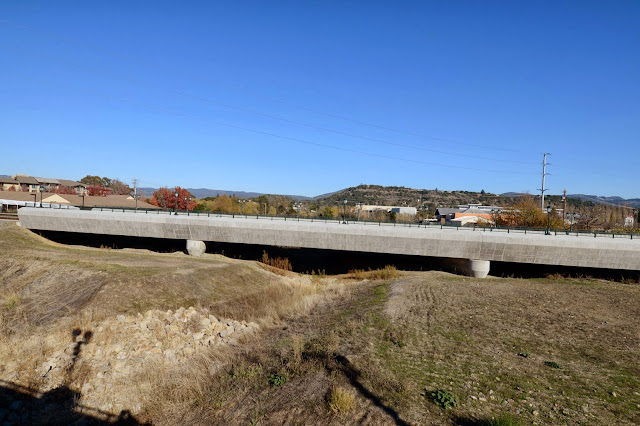 An almost identical bridge carries the railroad over a dry creek (the Napa River Bypass) just north of the river. These bridges were built by Suulutaq, Inc. an Alaskan Native Corporation. The tracks and bridges are owned by the Napa Valley Railroad which carries the wine train. Tourists are offered vintage wine and food while enjoying views of the vineyards between Napa and St. Helena. 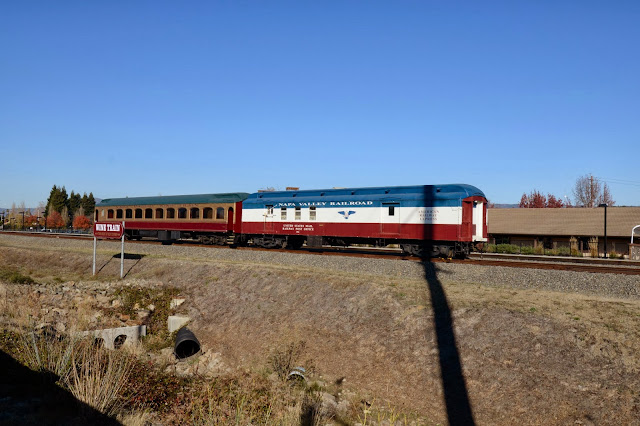 It's remarkable that a small commercial enterprise could take a bankrupt railroad company, build new bridges, renovate its tracks, and make a profit. An interesting article on the politics and economics of the Napa Valley Railroad is provided by Wikipedia.

Napa County, California Bridges: Napa Valley Railroad Bridge across the Napa River by Mark Yashinsky is licensed under a Creative Commons Attribution-NonCommercial-NoDerivatives 4.0 International License.
Posted by Mark Yashinsky at 9:00 AM