There are several old bridges within a few miles of each other around Folsom, California. For the last two days we studied the Orangevale Bridge. Nearby is the Figueora Street Bridge (24C0269) that was built in 1916. It is a three span, continuous T girder bridge on two-column bents over Riley Ravine in Folsom. The ravine is quite steep and I had a hard time climbing down to photograph the substructure. The columns were cast with mini-capitals that reflect the neo-classical style of concrete bridges at the beginning of the 20th century. 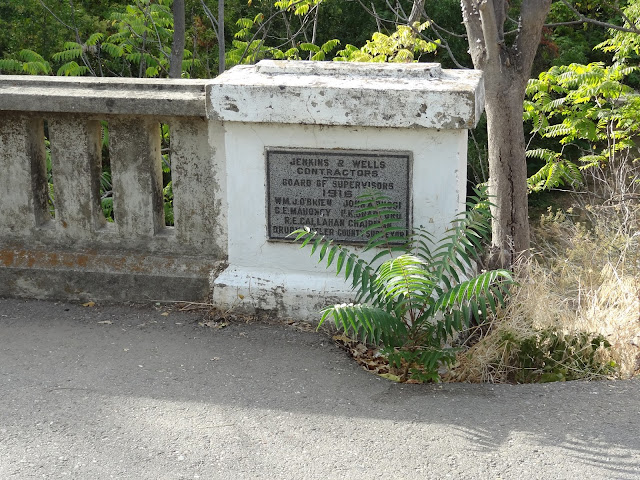 The bridge includes open balustrade railing and a metal plate at the bridgehead giving the names of the people who built it (or who administered its construction). 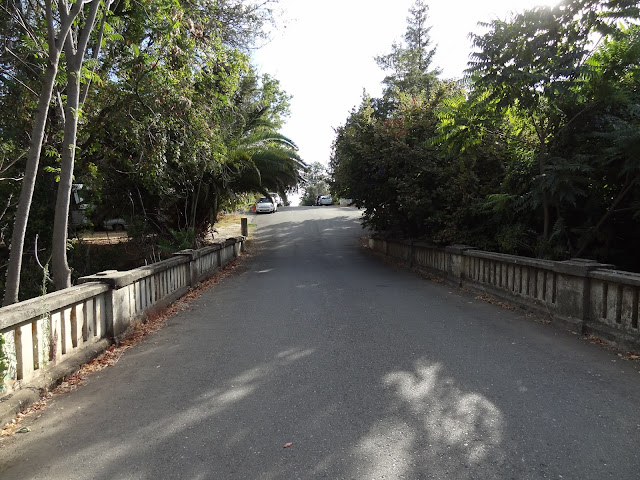 The photo above shows how much lower the bridge is than its surroundings. I guess they didn't want to build it long enough to reach the top of the banks. The bridge is 90.9 ft long with a 40 ft center span over the river (but it looks longer in the top photo). The bridge is 18 ft wide, which is somewhat better than the previously studied Orangevale Bridge.

I don't know if Folsom has plans to replace this bridge, but I did notice it isn't eligible for historic status in the National Register. It's in generally satisfactory condition but they don't know about the foundation or if there is a scour issue.