Parallel to the I-5 Yolo Bypass Bridge is a long railway trestle bridge. The right-of-way was originally on the Woodland Branch of the Northern Electric Railroad, which was built in 1911 to link Yolo County with the growing city of Sacramento. The trestle may have been built in the 1930s after the US Corps of Engineers built the Yolo Bypass.  In the 1940s the track became part of the Sacramento Northern Railway with diesel locomotives carrying freight, until the 1960s. The railroad is still in use today as the Sacramento River Train that provides dinner and entertainment to passengers on weekends. 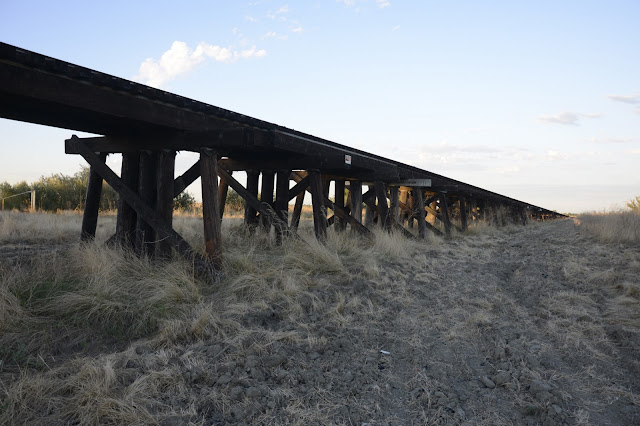