Continuing west on what  is now Interstate 80 we enter the Yolo Bypass (that was previously discussed when we visited the I-5 Bypass Bridge). This large basin fills with water during the winter and prevents flooding of East and West Sacramento. We can see where I-5 and I-80 cross the Bypass in the figure below. 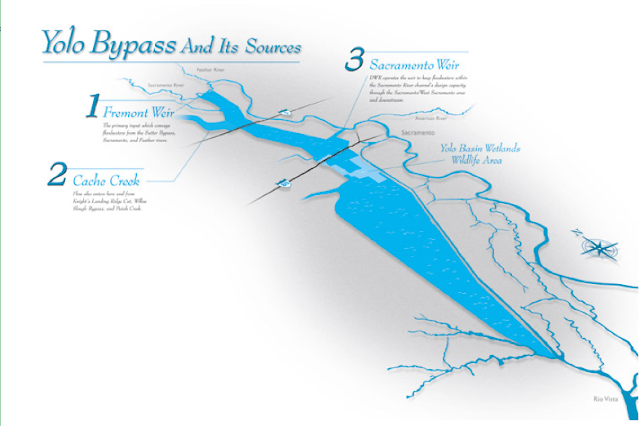 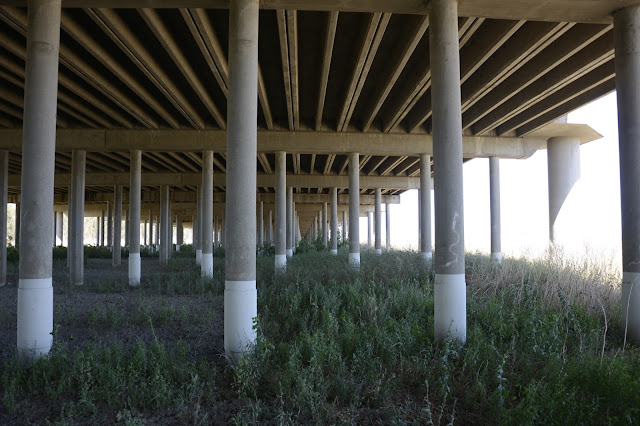 The Causeway was retrofitted in 1997 with fiber reinforced polymer collars at the connection between the shafts and the shaft extensions. This should allow them to form strong pins during an earthquake that will prevent the connections from breaking. Also, every fifth bent cap had an extension built on the end to connect it to a large diameter shaft. During an earthquake these shafts will prevent the causeway from undergoing large displacements. 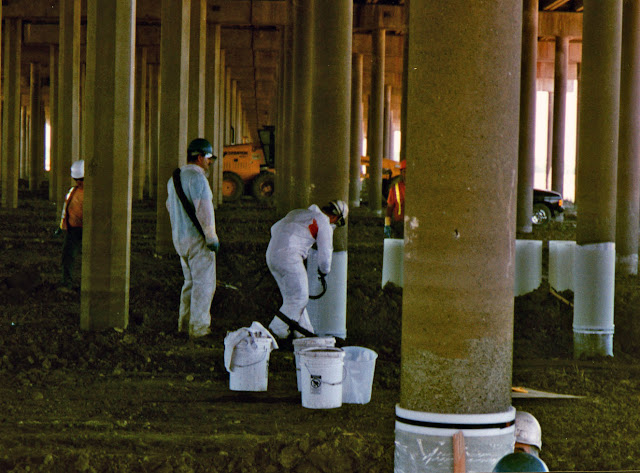 Similar to I-5 Bypass Bridge to the north, the I-80 Causeway also has a parallel railroad viaduct. However, these tracks carry Amtrak and Union Pacific freight trains and are in constant use. 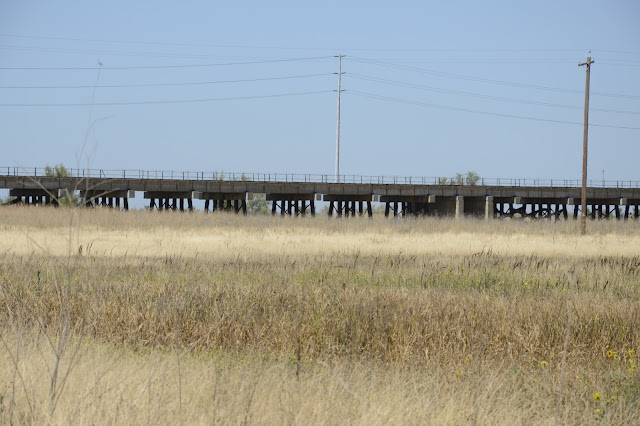 Yolo County, California Bridges: I-80 Bridges over Yolo Bypass by Mark Yashinsky is licensed under a Creative Commons Attribution-NonCommercial-ShareAlike 3.0 United States License.
Posted by Mark Yashinsky at 9:00 AM