The other footbridges at the east end of the UC Davis Arboretum are very similar to the ones we studied yesterday. The bridge shown above is composed of two upward-angled beams that are forced into compression by gravity. You need well-founded abutments to make these kinds of bridges work. 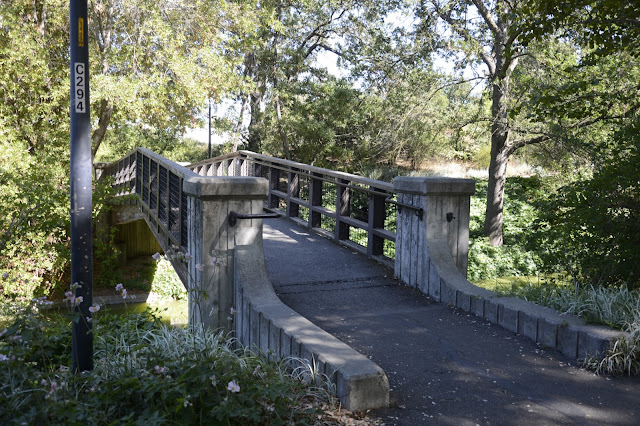 The bridge shown below is similar, but with a single bowed Glulam beam instead of two angled beams. 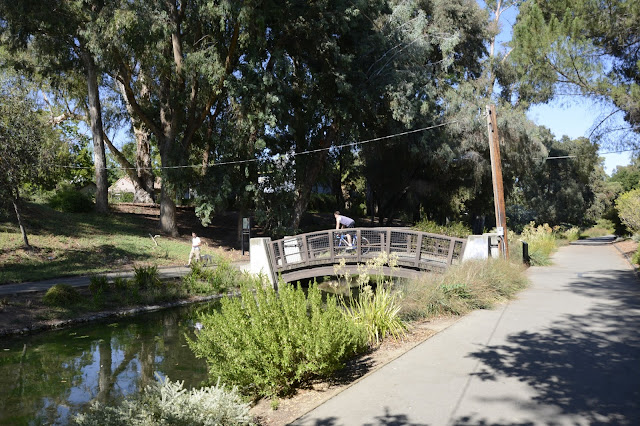 There is also an ordinary concrete T girder footbridge, but with nice handrails (shown below). There are also several road bridges that go over Putah Creek at the UC Davis Arboretum that we will study tomorrow. 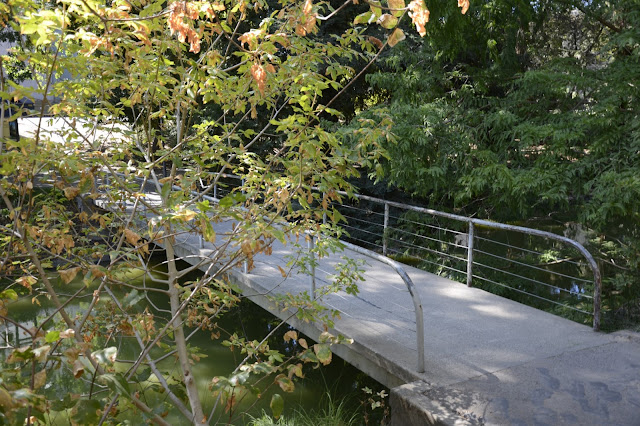